Niger: Their Enemies Burn Their Churches… and They Forgive them 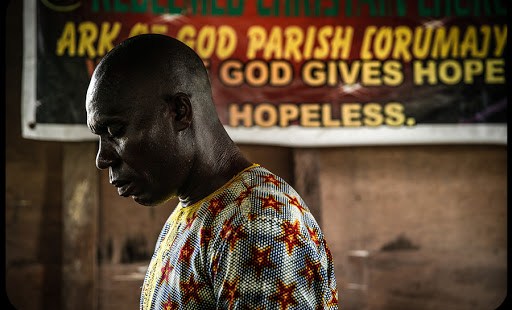 In the aftermath of the attack on the offices of Charlie Hebdo magazine, various locations around the world have seen acts of vengeance by Muslim groups who felt offended by the cartoons against their religion.

One of these attacks happened in Niger where, the weekend following the attack on the Paris magazine, ten Christians were killed and churches were burned, as well as the houses of several religious communities.

"Despite the attacks, there is no other route than forgiveness," suggests the missionary Josep Frigola, who took time to speak with Aleteia to explain the situation in this country where Christianity is a minority religion.

Josep Frigola is a Catalan missionary (of the White Fathers or Missionaries of Africa) who lives in Niamey. Originally from the diocese of Girona (Spain), he has been in this country for decades. "The trauma of many burned churches and the massive destruction of houses and establishments doesn’t disappear just like that," he acknowledges.

"The wounds remain, although important steps of forgiveness and reconciliation have been taken," he adds. "Maybe the most impressive and paradoxical thing is the calm and tranquillity that have reigned since almost right after the attacks."
"The criminals disappeared into the most complete anonymity and the population, instead of publicly protesting and condemning the acts, adopted the strategy of silence, of not feeling involved and letting everything go back to normal," he relates.

"Fear, every kind of fear, has gripped all of us. The day after the attack, state security forces put guards and police on watch at almost all churches and houses of religious congregations. Now, with few exceptions, they are no longer there," he adds.

They have been present during Easter to ensure that everything was in order. This missionary asks if these security measures are provisional: "The question now is to know if these are provisional measures, or if we will always have to celebrate our faith with police at the door. Is a democratic state willing and able to protect all of its inhabitants?"

In some areas of Niger the situation is better. "To be truthful, we have to say that in many parts of the country we have been able to celebrate Easter normally and without security forces. I myself am a witness of this in the Tillaberi region, where there weren’t any protests against the Christian religion during those fateful days either."

And now what? "With the Gospel in our hands, the cross doesn’t disappear," he recognizes, "but the sign of forgiveness will always prevail, because it renews us interiorly and allows us to move forward."

Translated from the Spanish edition of Aleteia by Matthew Green.​