Can Matter Be Eternal and Created at the Same Time? 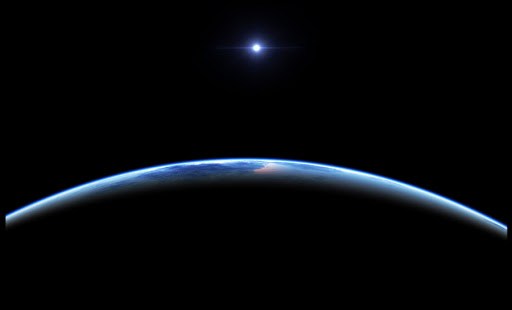 …and why it matters to your faith

Does it matter whether or not matter is eternal? Peter J. Leithart, who writes a regular blog on the web site of First Things, definitely thinks it does. According to Leithart , who is a Protestant theologian in the Reformed Presbyterian tradition in the United States, if matter is eternal, "creation can only be control, limitation, ordering." Then God could only be a master craftsman, working with already existing material to form the universe. If matter is eternal, "creation cannot be a gift; . . . cannot be the bestowal of existence, a grant of being." Finally, if matter is eternal, "creation cannot be a free act of love." Leithart has in mind not only historical claims for matter’s eternity, but also many contemporary scientific and philosophical theories that tell us that the universe is without a beginning and, therefore, is not created. The view that to be created necessarily means to have a beginning in time is widely shared by both those who affirm the world is created and those who deny it.

In a culture like ours, so heavily indebted to what modern science tells us about the world, questions concerning creation and various cosmological theories (not to mention theories about human origins in evolutionary biology) are no less pressing than at any time in the past. The questions themselves concern not only what it means to be created – and hence what it means to be Creator – but also how we ought to see the relationship between reason and faith.

From the very beginnings of theological and philosophical reflection in Judaism, Christianity, and Islam, scholars in all three traditions wrestled with what it means for the world to be created and what the relationship is between the world and its Creator. The intellectual milieu in which this discourse took place was pervaded by the Hellenistic assumption that the world is eternal. Despite diverse judgments about how to understand the world and its constitutive elements, from Parmenides and Heraclitus, to pre-Socratic materialists, to Plato’s distinction between a world of becoming and an eternal world of forms, to Aristotle’s notions of potentiality, actuality, and the eternity of motion in the heavens, there was a common commitment that the world is eternal. There was no absolute beginning to all that is.

The view that the eternity of the world is incompatible with the affirmation that it is created is particularly evident in the writings of the Christian Church Fathers. To be created, they thought, must mean that the universe is not eternal. The opening line of Genesis seemed clear: there is a beginning to the world; to affirm otherwise, that is to say that the universe is eternal, appeared to strike at the heart of the Christian conception of creature and Creator.

In the Middle Ages, the great Jewish theologian and philosopher, Maimonides (d. 1204), pointed out that the one common starting point for Muslims, Jews, and Christians was the recognition that the world is created, and, he thought that the world’s having a beginning was directly connected to its being created.

Debates about what science and faith tell us about creation and the eternity of the world were evident in the new universities of the Thirteenth and Fourteenth Centuries. An important impetus for these debates was the recent translation into Latin of the works of Aristotle, universally recognized by mediaeval scholars as a key authority in science and philosophy. He was considered to be, as Dante’s Virgil says in the