Can the Pope Decide a Sin is No Longer a Sin (Like Eating Meat on Fridays)? 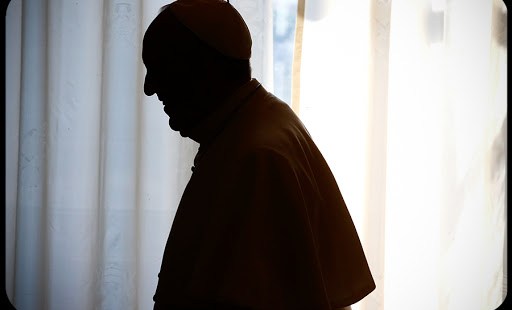 Or that missing Mass on Sundays is no longer a mortal sin?

Q: Can the pope or the Catholic Church change, eliminate, or discontinue mortal sins — such as  missing Mass on Sundays and Holy Days of Obligation — as they did with the mortal sin of not eating meat on Fridays and eliminating some of the holy days of obligation?

A: The short answer is, “No.” Something either is a mortal sin or it isn’t a mortal sin and neither the Pope nor the Church can change that. In order to commit a mortal sin, three conditions have to be met:

1) Full awareness of the intellect;

2) Full consent of the will; and

These conditions cannot be changed.  However, there is something that you have misunderstood that we need to clear up.

The Church once required, as a discipline not a doctrine, that its children not eat meat on Fridays. The Church has since changed this discipline to require that we make some sacrifice on Fridays — even Fridays outside of Lent — in remembrance of our Lord’s sacrifice for us on that Friday afternoon on Calvary so long ago.

This sacrifice could be abstaining from meat, but it doesn’t have to be. It could be abstaining from some other food that you really like, fasting, offering additional alms, going out of your way to do something for someone who really annoys you — in other words, offering a sacrificial act of kindness and love.  So, we are still called by the Church to offer a sacrifice on Fridays, but now the Church leaves the particular form of the sacrifice up to us.

However, to knowingly disobey the authority of the Church is another matter entirely.  If one was fully aware of what the Church taught regarding abstaining from meat on Friday, yet they went ahead and ate meat on Friday knowing full well that they were in defiance of Church teaching, then that could indeed constitute a mortal sin.

1) They ate meat on Friday with full awareness of their intellect that it was Friday, that they were eating meat, and that the Church required abstinence from meat on that day.

2) They ate the meat of their own free will, no one forced them to do it.

3) Willful disobedience to Church authority constitutes grave matter.  So, all the requirements for a mortal sin would have been there.

I once heard someone say that the Church no longer requiring abstinence from meat on all Fridays must have really upset all the people who were in Hell for having committed the mortal sin of eating meat on Friday. That statement showed a woeful lack of understanding of Church teaching. Again, if anyone is in Hell because they ate meat on Friday, it is not because of the act itself of eating meat, but rather it is because they willfully disobeyed the Church in eating that meat and never repented of their willful disobedience.

So, whether the Church changes a discipline, or does away with a discipline altogether, it is not “changing” a mortal sin.  The willful disregard of Church authority in regard to any Church discipline is what would constitute the mortal sin, if a mortal sin was indeed committed.

John Martignoni is a nationally-known Catholic apologist and Bible scholar. He is the Founder and President of the Bible Christian Society, where you can find lots of free apologetics materials — CD’s, mp3 downloads, e-newsletters, and more, and host of EWTN’s “Open Line” airing on Mondays at 3 p.m. EST. He is also Director of the Office of the New Evangelization in the Diocese of Birmingham, Alabama.