Over 100 More Priests to be Ordained This Year Than Last 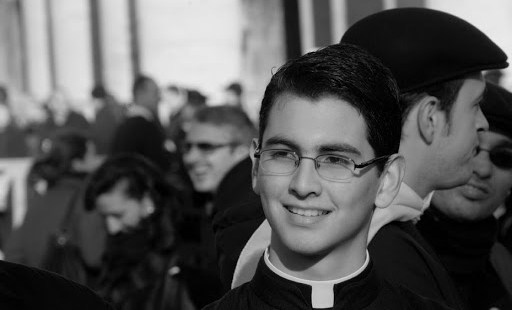 The number of men to be ordained to the priesthood in the United States this year could exceed the number from the previous year by more than 100.

If all the men preparing for ordination do in fact receive the Sacrament of Holy Orders this year, the total would be 595.

The data come from Georgetown University’s Center for Applied Research in the Apostolate (CARA) in “The Class of 2015: Survey of Ordinands to the Priesthood,” which also reports:

• Seven in 10 of the men of to be ordained say they were encouraged to consider a vocation by a parish priest.

• Almost half (48 percent) indicated that they were discouraged from considering the priesthood. On average, two individuals are said to have discouraged them.

• The average age for the Class of 2015 is 34. This distribution is slightly younger than in 2014, but follows the pattern in recent years of average age at ordination in the mid-thirties.

•One-quarter (25 percent) were born outside the United States, with the largest numbers coming from Colombia, Mexico, the Philippines, Nigeria, Poland and Vietnam. Most ordinands have been Catholic since infancy, although 7 percent became Catholic later in life.

•Eighty-four percent report that both of their parents are Catholic and more than a third (37 percent) have a relative who is a priest or a religious.

•More than half completed college (60 percent) before entering the seminary.

• One in seven (15 percent) entered the seminary with a graduate degree.

• One in three (34 percent) report entering the seminary while in college. T

• The most common fields of study for ordinands before entering the seminary are theology or philosophy (20 percent), liberal arts (19 percent), and science (13 percent).

• Six in ten ordinands (61 percent) report some type of full-time work experience prior to entering the seminary, most often in education.

• Four percent of responding ordinands report prior service in the U.S. Armed Forces.

• About one in six ordinands (16 percent) report that either parent had a military career in the U.S. Armed Forces.

• Eight in 10 (78 percent) indicate they served as an altar server and about half (51 percent) reporting service as a lector.

• One in seven (14 percent) participated in a World Youth Day before entering the seminary.

• About seven in 10 report regularly praying the rosary (70 percent) and participating in Eucharistic adoration (70 percent) before entering the seminary.