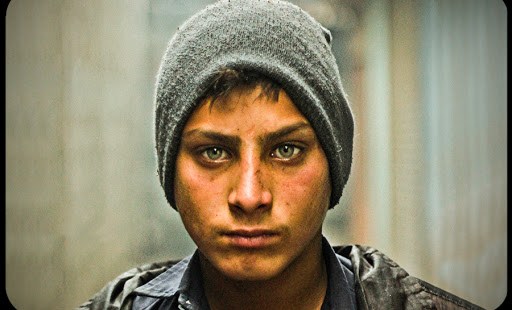 A missionary’s account: We cannot try to convert people directly

Attacks, bombs in front of Christian churches (Catholic or Protestant), extreme violence and fear. Pakistan, or the Islamic Republic of Pakistan, means "the land of the pure" — a dangerous concept for those who are not Muslims.

Authorities are trying to prevent deadly attacks against the Christian community in Pakistan. Christianity represents only 2% of the population; the majority is Muslim. There are a total of 180 million inhabitants.

Most recently, 15 people were killed and 75 wounded in two simultaneous attacks on churches in a Christian area of the city of Lahore on March 15.

Now, the Antiterrorism Court of Lahore has sent 28 Christians to trial, accused of killing two Muslims after the attacks on the churches in Youhanabad on March 15. These Christians are being detained and have not yet been tried.

Pilar Ulibarrena Martínez de Ibarreta, a Franciscan Missionary of Mary, works in Pakistan. Thanks to the Spanish Pontifical Missionary Works, Aleteia has been able to contact her during this difficult time.

We asked her, "Is there hope for dialogue with people of different beliefs in Pakistan?" Her answer is "yes." "There are various groups engaged in dialogue among different religions. All of these groups are composed of people who are well positioned in this subject and respect each other."

People of different religions in Pakistan who have joined dialogue groups "try to help. Thus, there is hope that these groups may be the leaven in the dough… It will take time and we need people to ask the Lord to keep enlightening us," Sister Pilar requests.

Catholic schools are open to non-Catholics

The Catholic minority currently lives in fear because of the recent attacks on churches. Sister Pilar admits, "Our apostolate is that of example… We cannot try to convert people directly."

Catholics in Pakistan run schools open to all. There, "they receive a good education." For Christians, having these schools in Pakistan is "a stimulus for us to know our religion better."

In fact, years ago there were many illiterate young people; thanks to these schools, the majority of them now receive an education.

Sister Pilar is hopeful. "It’s a joy to see the church full on Sundays, especially full of young people. The problem for Catholics is that after the education they have received, they still can’t find work, above all in government institutions: they have a 1% quota."

Fear has taken hold of Catholics. "At this time, Catholics, like other minorities, live in fear of the situation. We (the sisters) have not had any problem so far. We respect them and they respect us. We have a small hospital, a hospice, where people are admitted according to their need and not their religion: the first condition is that they be poor and not have a family."

The Franciscan Missionaries of Mary have had a hospital in Rawalpindi, Pakistan since 1962, and their service is welcomed and much appreciated. Sister Pilar arrived shortly after the hospital was created. Her witness is one more example of the small but constant work of Catholicism in Pakistan.