When Did Christ’s Church Come to Believe in the Resurrection? 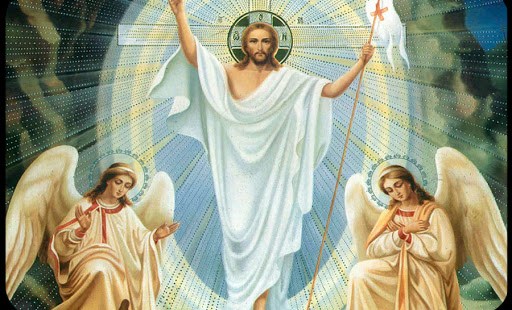 A timeline from his burial to “The Lord Has Truly Risen!”

In the early hours of the first Easter Sunday, the news began to circulate that Jesus was alive and had been seen. These reports were at first disbelieved or at least doubted by the Apostles. They dismissed various reports from both women and men. But suddenly that evening there was a change, a declaration by the Apostles that the Lord “has truly risen!”  What effected this change? We will see in a moment. But first, note the early reports of the resurrection and how they were largely disregarded:

The Gospel of John, which is the most specific, indicates that Mary Magdalene went straight away to Peter and John, speaking anxiously not of resurrection, but of a stolen body. Peter and John hurry to the tomb to investigate. Meanwhile, the other women have a vision of angels, who declare that Jesus has risen and instruct them to inform the Apostles. The women depart to do so. This is the first evidence of the resurrection, though at this point the risen Lord has yet to appear.

Peter and John arrive at the tomb after the women have already departed. They see only the empty tomb, but it was clearly not due to grave robbers, for the expensive burial linens are lying outstretched. Peter’s reaction is unrecorded but the text says that John saw (the burial clothes outstretched) “and believed” (Jn 20:8). Exactly what he believed is not clear. Did he believe what Mary had told them? Or does the text mean that he came to believe that Jesus had risen? It is not clear, but let us suppose that he has come to believe that Jesus has risen. Does the fact that one of the Apostles (one of the first bishops) believes Christ has risen mean that the Church now officially believes it? It would seem not. That will have to wait until later in the day. At this point, Peter and John leave the tomb.

3. Mary Magdalene had followed Peter and John back to the tomb and after they leave Jesus appears to her.

This is the first appearance of the risen Christ. Does this appearance now mean that the Church officially believes that Jesus is risen? It would seem not. That will have to wait until later in the day. For Scripture testifies that Jesus appeared elsewhere to the other women who had gone to the tomb, but that when Mary Magdalene and the other women reported His appearances, the Apostles would not believe it (Mk 16:11; Luke 24:11). Hence, though we have appearances, we cannot yet say that there is any official declaration by the Church that Christ is truly risen.

4. Jesus appears to two disciples (not Apostles) who are journeying to Emmaus late that afternoon.

At the conclusion of that appearance, the two men run to tell the Apostles who, once again, do not believe it (Mark 16:13). So now we have had at least three appearances but no official acceptance by the Church’s leaders (the Apostles) that there is any truth to these sightings.

So when does the resurrection become the official declaration of the early Church?

Up until now the stories have been rejected by the Apostles as either fanciful or downright untrue. Even the possible belief of one of the them (John) was not enough to cause an official declaration from the early Church.

So what causes this to change?

It would seem that after the early evening report from the disciples returning from Emmaus, Peter slipped away, perhaps for a walk. According to both Paul (1 Cor 15:5) and Luke (Lk 24:34) the risen Lord then appeared to Peter privately, prior to making Himself known to any of the other Apostles. Peter reports Jesus’ appearance to the others and it is at this point that the resurrection moves from being doubted to being the official declaration of the community, the Church. The official declaration is worded as follows:

The resurrection is now officially declared. Notice the world “truly” (some texts say, “indeed”). It is now an officially attested fact that Jesus has risen. Neither Mary Magdalene, nor the women in general, nor the disciples from Emmaus, nor even John could make this declaration for the Church. It took the College of Apostles in union with Peter to do this. Hence the dogma of the resurrection becomes so in a very Catholic way: the first bishops (the Apostles) in union or in council with the first pope (Peter) make this solemn declaration of the faith.