Do We Really Understand Boko Haram? 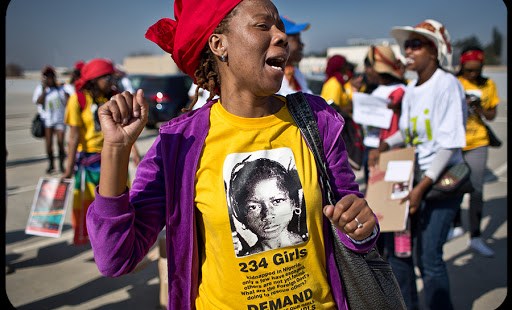 Boko Haram gained notoriety last April, by kidnapping some 300 girls from a boarding school in northeast Nigeria. But the militant Islamist group had been active in the country for years, killing thousands since 2009.

With Boko Haram having now pledged its allegiance to the Islamic State (ISIS), one scholar is questioning whether the West adequately understands the group and how to counter it.

Fr. Patrick Ryan has spent a total of 11 years in Nigeria on and off since 1964. He lived in nearby Ghana for 15 years, during which time he made multiple visits to Nigeria. He has seen the country change over the decades including the rise of Boko Haram, which he says is not a brand-new phenomenon.

“I think the thing that the press and the media generally misunderstand is the poverty of the situation in which this phenomenon has arisen,” said Fr. Ryan, who is the Laurence J. McGinley Professor of Religion and Society at Fordham University.

Boko Haram, which means “Western education is sinful,” launched an uprising in 2009 and hopes to impose sharia law on Nigeria. It has targeted security forces, politicians, Christian minorities, and moderate Muslims in Nigeria’s predominantly Muslim north.

In order to effectively counter the Nigerian terror group Boko Haram, the U.S. must understand its ideological origins and the social and political unrest of Nigeria.

“People think Nigeria and they think well, it’s a major oil producer,” he told CNA in an interview.

But as in most developing world situations in which there is a large population, “the money does not filter down to the lower levels.”

The country traditionally produced and exported peanuts and cotton but now lives off of oil revenue as the largest oil producer in Africa. That wealth is concentrated at the top and very little of it reaches the lower classes.

The numbers are “very few” who do not “reach the top levels of the military and the civilian regime” and do not “enrich themselves and remain sort of a permanent wealthy elite,” Fr. Ryan explained.

And he thinks Boko Haram is not a new phenomenon, as some might think, but a re-incarnation of a fanatical Northern Nigerian movement from three decades ago.

The 1980 riots in two Northern Nigerian cities – Maidougouri and Kano – were led by Mohammed Maroua who whipped up “almost Milennialist fervor” and railed against what he saw as excess wealth and luxury of the oil boom at the time, Fr. Ryan explained. It was possibly steeped in radical “crypto-Kariji” Islamic ideology and manned by unemployed youth and students of the Koran.

Maroua died in the 1980 riots but several other riots developed in his wake. The government forcefully put down the movement and was never fully clear about everything that occurred.

“I think this movement has come back,” Fr. Ryan said, noting that the current heads of Boko Haram were at that time “the children who begged for a living in order to receive their Koran school education in the early mornings.”

“I have a feeling that this has come back in another form,” he said.

The recent pledge of allegiance of Boko Haram to the Islamic State has caused rumblings about how powerful the terror merger might be but Fr. Ryan thinks it’s “mainly symbolic.”

Northeast Nigeria is extremely remote so there’s little chance of actual physical supply lines between the two terror groups. However, “it’s possible” that ISIS forces in North Africa could geographically link up with Boko Haram in Nigeria in the future.

“I think it’s a matter of people who have been affected by the typically rigorous interpretation of Islam that has been promoted by Saudi Arabia for generations now bearing fruit in various places where it has been present,” he explained of the allegiance between the two.