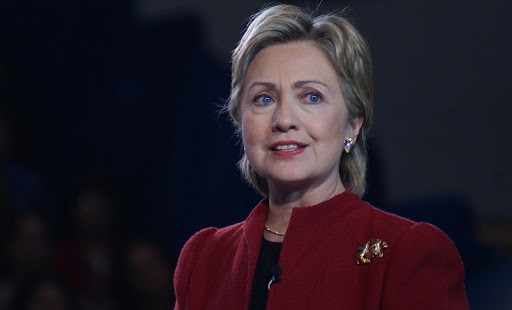 Statement represents an evolution in her thinking

Barack Obama paved the way, and now Hillary too has "evolved" on the position of redefining marriage to include two persons of the same sex.
"Hillary Clinton supports marriage equality and hopes the Supreme Court will come down on the side of same-sex couples being guaranteed that constitutional right," Adrienne Elrod, a Clinton spokeswoman, said in a statement, CNN reported.

Clinton, like Obama, opposed same-sex "marriage" in 2008, the last time she made a run for the White House. She supported the idea of civil unions instead and did not proclaim her personal support for same-sex "marriage" until she retired as Secretary of State in 2013.

During a 2014 interview with National Public Radio, Clinton said she always viewed marriage as "a matter left to the states and in many of the conversations I and my colleagues and supporters had, I fully endorse the efforts by activists to work state-by-state," CNN said.

After a handful of questions on the topic, [NPR Host Terry] Gross said she was just trying to "clarify" whether Clinton had changed her opinion on the matter or whether the political winds on the issue had shifted, allowing Democrats’ 2016 presidential frontrunner to come out in favor of same-sex marriage.

Clinton’s argued that for the four years she served as secretary of state, she was "out of domestic politics" and not in a position to back same-sex marriage. She moved on the issue later than many Democrats, though, including President Barack Obama and Vice President Joe Biden.


Her timing, however, raised some skepticism. Ryan T. Anderson, co-author of
What is Marriage, for example, tweeted, "If the Constitution really requires states to redefine marriage, @HillaryClinton would have known so and said so long ago. Y silent til now?"