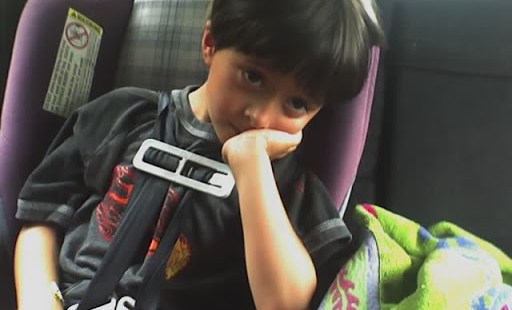 Reflections on the nature of Easter joy

American humorist Robert Benchley said, “There are only two types of travel—’First Class’ and ‘with children’.”  The difficulty of travelling with children was for many years epitomized by the whining question that would emerge from the back seat during a long journey made by car:  “Are we there yet?”  (Granted, this was well before the advent of portable electronic devices able to hypnotize children into trance-like acquiescence.)

An old friend told me that as a little boy, whenever he whined, “Are we there yet?”, his father’s reply would mystify him.  “Yes, son. We’ve been there for hours. We’ve all been having a wonderful time. Where the heck have you been?” Such high irony is wasted on young children, but I think Benchley would have admired the effort.

Now that we are in the Season of Easter, it seems that “Easter joy” is mandatory and any lack of requisite joy is very bad form. In the First Preface of Easter for the Ordinary Form of the Roman Rite, we find the words, “overcome with Paschal joy.”  Being overcome with Paschal joy sounds wonderful, but I have to ask, “Are we there yet?” As we hear again and again during this Season of Easter that Jesus has conquered sin and death, couldn’t one say, “Hey! Easter was less than two weeks ago, and since then I’ve sinned and I know people who died. If sin and death have been conquered, then maybe someone should tell them!”

Of course, Christ emerged from the tomb not two weeks ago but two thousand years ago. There’s been an appalling amount of sin and death since then. A skeptical world and many serious, brokenhearted Christians might rightly wonder whether the association of “Easter” with “victory” is, to say the least, “pre-mature.”

The temptation for a theologian inclined to apologize on behalf of God when it seems that the truths of the faith don’t quite seem to square with the facts of daily life is to become abstract and vague. In other words, a well-intentioned theologian might end up doing more harm than good by appearing to make excuses for God if one finds “Easter joy” elusive. “Well,” such a theologian might say, “the victory of the Resurrection is so great that a creation still bound by time and space cannot hold it. That’s why we eagerly await the arrival of eternity so that the triumph of Easter has sufficient room to spread its wings, et cetera…” That’s poetic, and, on its face, true, but it is not very helpful for the bewildered and the grieving, and, by itself, it is dangerously incomplete.

I once spoke to a law enforcement officer about the attitude he needs in order to leave the house in the morning and be prepared to put himself into danger at any moment. “I must always be 100% confident that I can prevail in any conflict; 99% will get me killed.” After much thought, I’m inclined to believe that such confidence is necessary for the Christian in this life.  And I think Pope Francis would agree.

In Evangelii Gaudium, paragraph 85, he writes:

“One of the more serious temptations which stifles boldness and zeal is a defeatism which turns us into querulous and disillusioned pessimists, ‘sourpusses’. Nobody can go off to battle unless he is fully convinced of victory beforehand. If we start without confidence, we have already lost half the battle and we bury our talents. While painfully aware of our own frailties, we have to march on without giving in, keeping in mind what the Lord said to Saint Paul: ‘My grace is sufficient for you, for my power is made perfect in weakness’ (2
Cor 12:9).

Christian triumph is always a cross, yet a cross which is at the same time a victorious banner borne with aggressive tenderness against the assaults of evil. The evil spirit of defeatism is brother to the temptation to separate, before its time, the wheat from the weeds; it is the fruit of an anxious and self-centred lack of trust.”