New Film, “Empire of the Cross,” Delivers a Virtual Tour of a Roman Church Through History 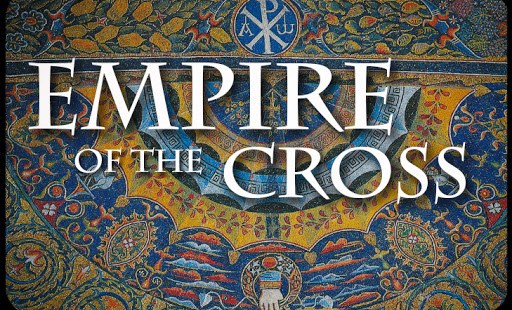 The discovery of treasures within treasures

If you’ve ever visited Rome and had a sense of deja vu or that you were somehow “home,” you wouldn’t be the only one. Many Catholics feel this connection to the Eternal City, despite not having a drop of Italian blood in them. This feeling is reinforced by stumbling upon millennia of Church history contained within hundreds of Churches, rich liturgical art, and even roadside shrines or monuments.

Entering one of the Churches that is centuries old is a poignant reminder of how God has worked in salvation history. We believe that God does not live in space and time, but that he is very present in our lives. This reality is highlighted by places that have witnessed the passing of the years and the graces given by God to His people throughout the year.

If you haven’t had a chance to make a pilgrimage to Rome, or even if you have, you can make a virtual journey through time by watching Empire of the Cross, a new film produced by BlackFriars Media. This short documentary explores a Roman Church well-known for the layers of history it contains: The Basilica of St. Clement.

Fr. Allen White, O.P., leads the viewer through a basilica that is more than what it seems at first glance. The current structure is fascinating enough–a medieval Church with beautiful mosaics that was built in the 11th century. Underneath this basilica, however, is another basilica entirely. It was built in the 4th century and home to a host of treasures of the faith that remained unknown for a number of years.

But wait, there is still more to the site of St. Clement. Before the 4th century basilica, there was a structure dating back to the Roman Republic that appears to have been used by the Cult of Mithras.

Fr. White peels back the layers of this incredible building and its many secrets. But, as you delve into the history of St. Clement, you get a window into something much more important. As we celebrate the Easter Season and look forward to Pentecost–the Church’s birthday–it is an apt time to remember that the Church is more than just what we see and experience today, but a living reality that has been existence since the Holy Spirit descended on the apostles two thousand years ago.

You can watch The Empire of the Cross for free at: http://dominicanfriars.org/empire/