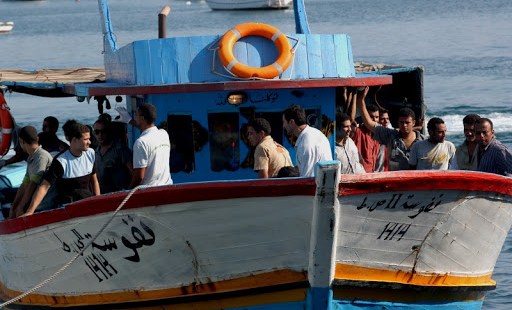 Police in Palermo, Italy, have arrested 15 Muslim migrants from North Africa on charges of "multiple aggravated murder motivated by religious hate," after several migrants told them of an altercation resulting in 12 Christians being thrown overboard, the BBC reported.

The Christian migrants, said to be from Ghana and Nigeria, are all feared dead. The men who have been charged come from the Ivory Coast, Senegal, Mali and Guinea. They were among 105 migrants travelling in an inflatable boat that left Libya on Tuesday.

Pope Francis has called for Europe to help migrants fleeing turmoil in North African and the Near East. He traveled to the Italian island of Lampedusa, where thousands of immigrants have taken refuge, to honor the thousands who have died trying to make the perillous Mediterranean crossing.

But some question whether the new flood of immigrants might not include those who want to spread jihad in Europe.