Sufjan Stevens in the Shadow of the Cross 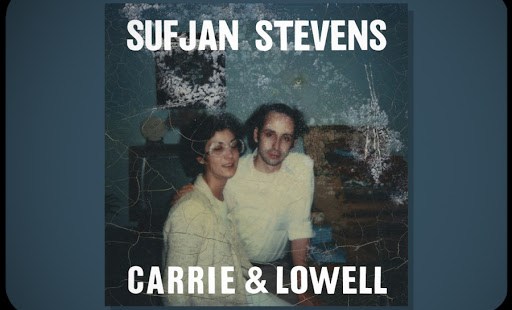 The past is never dead, Faulkner wrote – it’s not even past

For Sufjan Stevens, this is all too true. The 40-year-old Michigan native’s new album Carrie & Lowell is a haunting autobiographical glimpse into the recesses of a childhood filled with estrangement, sorrow, and loss.

Sonically, Carrie & Lowell builds on the bare aesthetic of Seven Swans, comprising eleven tracks of acoustic Americana with clear echoes of Simon and Garfunkel. From “Fourth of July” to “Blue Bucket of Gold,” the music has the almost eerie tranquility of humid, hazy summer days in the country. Every guitar-laced track is a delicate crystal decanter, with spirits so gentle and ethereal it feels like they might evanesce at any second.

But the lyrics of Carrie & Lowell are as dark as the guitar picking is light, and juxtapose very harsh and very personal elements against a pristine canvas. “This is not my art project,” Stevens confesses in a candid interview with Pitchfork. “This is my life.” For a man whose albums and stage shows have become increasingly artsy, Stevens lays his soul bare without the least bit of irony, as he struggles to make sense of his relationship with an absent mother:

“She left when I was 1, so I have no memory of her and my father being married. She just wandered off. She felt that she wasn’t equipped to raise us, so she gave us to our father. It wasn’t until I was 5 that Carrie married Lowell. He worked in a bookstore in Eugene, Oregon, and we spent three summers out there – that’s when we actually saw our mother the most…She suffered from schizophrenia and depression. She had bipolar disorder and she was an alcoholic. She did drugs, had substance abuse problems. She really suffered, for whatever reason…We flew to see her in the ICU before she died. She was in a lot of pain, and on a lot of drugs, but she was aware. It was so terrifying to encounter death and have to reconcile that, and express love, for someone so unfamiliar. Her death was so devastating to me because of the vacancy within me. I was trying to gather as much as I could of her, in my mind, my memory, my recollections, but I have nothing. It felt unsolvable.”

A poetic confrontation with this past yields an almost animalistic fury. Wild impulses, acts of violence, and the brute fact of mortality lurk in folky ballads like “Death with Dignity”:

Chimney swift that finds me, be my keeper
Silhouette of the cedar
What is that song you sing for the dead?
I see the signal searchlight strike me in the window of my room
Well I got nothing to prove

I forgive you, mother, I can hear you
And I long to be near you
But every road leads to an end

And again in “The Only Thing”:

Do I care if I survive this?
Bury the dead where they’re found
In a veil of great surprises
I wonder did you love me at all?…

The only reason why I continue at all
Faith in reason, I wasted my life playing dumb
Signs and wonders: sea lion caves in the dark
Blind faith, God’s grace, nothing else left to impart

Sufjan risks the stigma of “mommy issues” on this album to draw us into the stigmata of all human pain. “At worst, these songs probably seem really indulgent,” he admits. “At their best, they should act as a testament to an experience that’s universal: Everyone suffers; life is pain…” For Stevens, this human mystery is also a divine mystery. He retains a Kierkegaardian pull to the faith of “Abraham,” and allusions to Daniel, Elijah, and Delilah all give shape to what can only be a sacred disentangling of messy human realities.

“The Blood” and “the Cross” are the apogee, and point to the redemption of suffering through love: “For my prayer has always been love.” Despite all of its pain and grieving, Carrie & Lowell is a quest for an “unconditional and incomprehensible” love, one which transcends human frailty and goes into the harrowing depths of abandonment…and keeps loving.