Is the New York Times’ David Brooks Converting to Christianity? 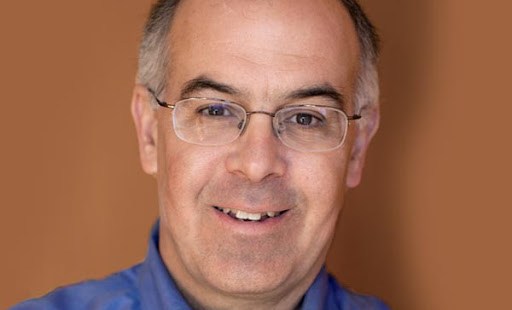 WASHINGTON — “I’m a believer.” David Brooks said those words on National Public Radio Monday, and the New York Times columnist and author was not referring to his beloved New York Mets this season. Brooks was responding to a question about how his new book,The Road to Character, has changed his religious life.

“I read a lot of theology — whether it’s C.S. Lewis or Joseph Soloveitchik, a rabbi — and it’s produced a lot of religious upsurge in my heart,” he said, elaborating only slightly.

Brooks’ muted but heartfelt reply reflects a change in the celebrated writers’ tone and the subjects he chooses to write and speak about. In the course of his long writing career the 53-year-old Brooks has rarely broached the topic of his spiritual life. But in the last twelve months, he has been quite forthcoming.

“There’s something just awesome about seeing somebody stand up and imitate and live the non-negotiable truth of Jesus Christ,” Brooks told The Gathering, an annual meeting of evangelical Christian philanthropists, last October.  He hardly hid his religiosity under a bushel there, telling the crowd, “I want you to know that I am for you and I love you,” he said, noting that he attends a Bible study class.

In the introduction to his new book, Brooks disclosed a personal reason for writing it: “I wrote it to save my soul.” Inspired by the authentic Christian joy of what he calls “incandescent souls,” Brooks decided to find out what makes them tick. Writing his book, The Road to Character, was his method.

“A few years ago I set out to discover how those deeply good people got that way. I didn’t know if I could follow their road to character (I’m a pundit, more or less paid to appear smarter and better than I really am). But I at least wanted to know what the road looked like, “ Brooks wrote in a recent column adapted from the book.

The Road to Character profiles exemplars of humility, devotion to a calling, and hard work, such as Gen. Dwight Eisenhower and former Labor Secretary Frances Perkins. But in his speech to The Gathering last fall and at the Aspen Ideas Festival last June, Brooks reserved his highest esteem for two religious figures, who he called his “heroes” — Dorothy Day and St. Augustine. Like C.S. Lewis, Day and Augustine are converts to Christianity. While Brooks has said he is an observant conservative Jew, one can’t help seeing these “heroes” as clues to Brooks’ own nascent conversion.

Three people interviewed who know Brooks personally say he has taken steps to do just that. “I don’t know that he’s converting, but I know he’s gone to church,” one conservative associate said of Brooks. “No one knows where it’s going to go, but he’s not in the same spot as he was two years ago.”

A second person familiar with Brooks’ thinking would only confirm that Brooks is interested in becoming a Christian. According to a third source, Brooks has received instruction in the Catholic faith from Arthur Brooks and Ross Douthat, both converts.

Arthur Brooks, the president of the American Enterprise Institute, a conservative think tank in Washington, DC, said he does not know if his friend is converting.

“I don’t know where he is on his faith journey,” Brooks said at the Conservative Political Action Conference, an annual gathering of movement activists and leaders, on February 28. He said he has not talked with Brooks about his possible conversion to Christianity.

Douthat, also a New York Times columnist and author of the book Bad Religion: How We Became a Nation of Heretics, did not reply to an email for comment. Nor did Brooks himself.