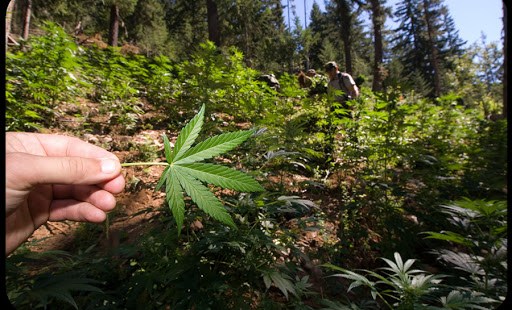 Kevin Sabet is one of the leading voices opposing the legalization of marijuana in the United States. He has been featured on the front page of the New York Times and in virtually every major media publication and news channel on the subject of drug policy. MercatorNet’s associate editor, Zac Alstin, asked what drives his campaign.

Zac Alstin: What’s your biggest fear about the legalization of marijuana in the US?

Kevin Sabet: I am against legalization, but not against reform. We need to rethink current laws and reduce our overreliance on the criminal justice system. We also need better re-entry and recovery programs. At the same time, when I see what’s going on in places like Colorado, we’re foolishly going down the path of creating another Big Tobacco. The idea that we would think of legalization as a public health success is misguided unless in you’re in the business of making money off addiction. That’s what this is about: money.

Zac Alstin: You’re worried that marijuana will grow from a Mom and Pop industry into a corporate behemoth like Big Tobacco. But is anyone actually planning to create Big Marijuana?

Kevin Sabet:  I am concerned with where legislation is headed on this. Legislation is being written by lobbyists who have one goal – to make their clients rich. Most places have been unable to get desired restrictions (ie, advertising and magazine placement restrictions) into the legislation. This country has a history of letting big business usurp the rights of the people. I worry about that happening now with marijuana.

Zac Alstin: If marijuana is legalized and corporatized, what kind of world will American kids grow up in?

Kevin Sabet: I’m not saying the sky will fall. But I’d ask people to think about this for a minute: Are your relationships enhanced when your friends or family are smoking marijuana? Does marijuana make for safer roads? Better workplaces? Smarter students? More corporate marijuana means more people using

Zac Alstin: But can’t you regulate the industry, just as tobacco is regulated today?

Kevin Sabet: If we were a country with a history of being able to promote moderation in our consumer use of products, or promote responsible corporate advertising or no advertising, or if we had a history of being able to take taxes gained from a vice and redirect them into some positive areas, I might be less concerned about what I see happening in this country. But I think we have a horrible history of dealing with these kinds of things.

The only reason a few of those products happen to be legal now, like alcohol and tobacco, is because of their cultural place in history. Alcohol, for example, dates back to before the Old Testament in terms of widespread use in Western culture.

Yes, marijuana has been used in Western and other cultures for a very long time. I always get emails when this sort of thing is printed, pointing out that marijuana was used in Chinese culture 3,000 years ago.

But in terms of widespread use by the vast majority of the population, that is alcohol and, in the past century or two, tobacco. So we’re sort of stuck with those things. And I don’t think adding a third substance to be promoted by Madison Avenue is something that we want to do.

Zac Alstin: Who are the commercial interests behind Big Marijuana? What motivates them, what kinds of investors and entrepreneurs are putting their money behind this?

As soon as Coloradans cast their votes for legalization in 2012, would-be profiteers celebrated the expected green rush. One former Microsoft executive proclaimed that he would create the Starbucks of marijuana and “mint more millionaires than Microsoft.”