Transhumanism: Would You Agree to an Upgrade of Your Brain and Body? 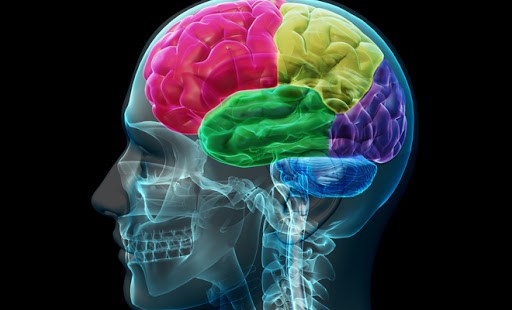 How to talk about transhumanism, H+ (human plus), and post humanism in the light of faith

We’re falling down a rabbit hole, and we don’t seem to care about the dangers rushing up at us. We’re talking about transhumanism, which at its most basic, is the idea that the human condition can be fundamentally improved through the use of technology (transhumanists want us to become posthumans, but in order to project a more attractive aura to the general public, have chosen the term “human+” or “H+” instead).

Nothing seemingly wrong with that definition, but listen to the way the current rhetoric on transhumanism, H+, and posthumanism takes great pride in extolling human accomplishments: Technology can guide us to a new era. The fields of robotics, nanotechnology, artificial intelligence, bionics, and genetics, to name a few, seem to be converging towards the goal of transcending human limitations. We can be better than what nature has done. We can proactively remake ourselves and steer our own evolution. Until recently, we’ve been dramatically reshaping the world around us, but we ourselves are now the objects of our own conscious design. If we’re not reshaping ourselves, then we’ll be overtaken by non-biological artificial intelligences. We are at the end of our definition of a human being. Transhumanism will define the new age of an evolved species that will leave mankind behind as a fossil in human history. Biops, the British Institute of Posthuman Studies asserts:

“The fact is, we remain shackled by our primitive Darwinian brains. Humanity for whatever progress we have made, is the result of an unguided, natural, 3.8 billion-year-long experiment of chemistry….[we must] fundamentally revolutionize what it means to be human by way of technological advancements.” The transhumanist FAQ, created and compiled by transhumanists and whose goal is to “provide a reliable source of information about transhumanism” provides insight into their idea of “religion”: “Some of the prospects that used to be the exclusive thunder of the religious institutions, such as very long lifespan, unfading bliss, and godlike intelligence, are being discussed by transhumanists as hypothetical future engineering achievements.”

This comment on the transhumanist site SingularityHUB resonates the public fascination: “Who doesn’t want to be smarter, prettier, healthier? Who doesn’t want to have wings to fly through the air, or gills to breathe under water? Are we stuck just being land dwellers? We spend most of our lives OBTAINING and MAINTAINING health, beauty, intelligence, etc., when we could be spending all this time and money obtaining and maintaining loving relationships with other people (transhumanists!) and going on adventures out to space exploring the universe, rather than stuck at home watching crap movies from Hollywood, going to school half our lives and drowning in debt because of it, and then just paying bills and taxes till you die. That’s no life, that’s SLAVERY.”

Ray Kurzweil, author of the widely recognized pivotal text in the transhumanist ideology The Singularity Is Near, and his outspoken adherents have grand visions for humanity, but the arguments for various transhumanist technologies often confuse the notion of morality. Genetic engineering, a key component in transhumanist thought, is “one of the most moral things we can do,” says Max More, self-proclaimed founder of the modern transhumanist movement. I can and so I should because I want to. My body, my choice. It’s all about me and my wants. These are the attitudes often presented.
If we can mix the genes of animals with the genes of human beings, perhaps with the initial charitable motivation to create organs for transplants, then as the transhumanists propose, we can also be designing custom human-animal hybrids: humans with wings to fly or humans with centaur-like legs, the imagination reels at the permutations, but far from utopic, this free-for-all menagerie demonstrates a failure to appreciate what it means to be human. And it can only get worse if technologically “enhanced” humans see themselves as superior to non-technologically altered human beings. Auschwitz all over again?