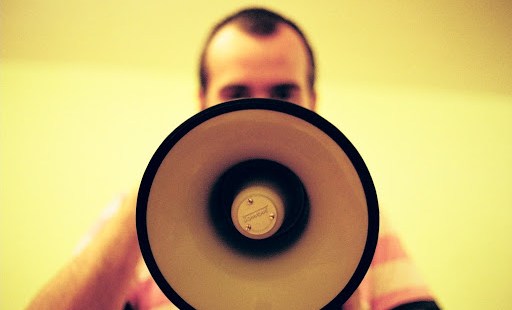 Telling the truth is a revolutionary act

Maybe only feminists put bumper stickers on their cars nowadays, I thought, leafing through the box at the bookstore collective in the New England college town where I grew up. That’s true at least of the few cars I see plastered with bumper stickers, once a common sight and now less common than the cars designed as rolling billboards.

Of the two, I much prefer the feminist’s sticker-plastered car. She’s making a statement of conviction. Her convictions aren’t my mine, but she’s joining in a public enterprise. She’s speaking her mind about matters of the common good. The others simply commodify yet another public space.

Flipping through the box, I found one sticker I quite liked: “In a time of universal deceit, telling the truth is a revolutionary act — George Orwell.” I don’t think he said it (that “universal” doesn’t sound like him), but it’s a good quote.

It definitely has a great romantic appeal. You’re not just telling the truth, you’re striking against oppression and oppressors. Even those who didn’t grow up in lefty circles as I did like thrusting their fists into the air as a gesture of resistance to evil, and love the idea that they’re doing so simply by speaking truthfully. I’d like to think I’m standing at the barricades when I’m sitting at my desk.

Telling the truth is also pretty damn hard. It’s easy to feel smug when reading the words of the pro-choice crowd, who deny the humanity of the unborn with terms like “product of conception” or evade it with the scientific term “fetus,” or simply avoid talking about the baby at all by speaking loudly and without pausing for breath only about the mother’s alleged rights and needs. They’re so obvious about it, like the child standing before you with jam smeared around his mouth vigorously denying that he’d taken a donut from the box on the counter.

It’s easy to see the linguistic deceptiveness of giant enterprises, which breed euphemisms the way flies breed flies. Almost anyone can spot the military’s use of “enhanced interrogation” to replace the word “torture.” (Even if you believed the techniques used fell short of torture, you would still more honestly call it “rough interrogation” or something like that.) Or its invention of “collateral damage” to mean “civilians we accidentally killed.” We can spot the corporate use of terms like “right-sizing” and “streamlining” to avoid saying “laying off a lot of employees.”

The honest terms bring pictures to mind and as Orwell pointed out in Politics and the English Language, they do not want you to see what they’re doing. You say “laying off,” people see men coming home to tell their wives they’re out of a job. You say “right-sizing,” people don’t. You say “baby,” people picture a baby. You say “fetus,” people don’t. Or didn’t — perhaps the evasion has been used so long people now see the reality it was meant to hide. One can hope.

That kind of thing is easy to see. When we speak, how much do we rationalize, avoid saying, over-state, as our needs and interests require? Do we speak strongly when the subjects are weak or distant or marginal and more carefully or not at all when they’re stronger or closer to us? How much do we employ euphemisms when our desires drive us to do something our consciences recognize as wrong?

In culturally conservative circles, for example, we find it easy to speak firmly against homosexuality and to condemn homosexual people who act on their desires. We have no problem advising those who want to live by the Church’s teaching on the high standards they must maintain. These people can become subjects for culture-warring. They are Them, and they live a good ways away.