“We Must Restore Honor to Marriage and the Family,” Says Pope Francis 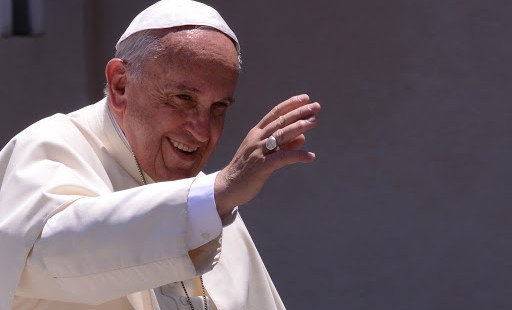 VATICAN CITY — Men and women are not inferior or subordinate to each other, but are of the same substance and are complementary, Pope Francis said on Wednesday in his general audience catechesis.

He added that “sin generates distrust and division between man and woman,” leading to their relationship being undermined by “a thousand forms of abuse and subjugation, of deceiving seduction and demeaning humiliations, even the most tragic and violent.”

The Pope also stressed that we must restore honor to marriage and the family or “children will come into the world increasingly uprooted” from the covenant between man and woman, and “even from the maternal womb.”

Here below we publish the full text of the Pope’s catechesis.

In the last reflection on the family, I reflected on the first story of the creation of man, in the first chapter of Genesis, where it is written: “God created man in his own image, in the image of God he created him; male and female he created them” (1:27).

Today I would like to complete this reflection with the second account, which we find in the second chapter. Here we read that the Lord, having created the heavens and the earth, “formed man of the dust of the ground and breathed into his nostrils the breath of life, and man became a living being” (2:7). It is the culmination of creation. But something is missing. Then God puts man in a beautiful garden so that he might cultivate and care for it (cf. 2:15).

The Holy Spirit, who inspired the entire Bible, for a moment puts before us the image of the man alone — he lacks something — without the woman. It he puts forward the thought of God, almost the feeling of God who looks at him, who sees Adam alone in the garden: he is free, he is its lord, but … he is alone. And God sees that this “is not good”: it is like a lack of communion, he lacks communion, he lacks completeness. “It is not good,” God says, adding: “I will make a suitable partner for him” (2:18).

And so God presents all the animals to the man. The man gives each of them his name, and this is another image of man’s lordship over creation, but he doesn’t find in any of the animal one similar to himself. The man continues on alone.

When God finally presents the woman to him, the man recognizes exultantly that that creature, and she alone, is part of him: “bone of my bones, and flesh of my flesh” (2:23). Finally there is a reflection, there is reciprocity. When a person — it’s an example to better understand this — wants to give his hand to another, he has to have her in front of him: if a man wants to give his hand and he doesn’t have anyone, his hand remains where it is … he lacks reciprocity. That is how the man was. He was lacking something needed to be complete. He was lacking reciprocity.

Woman is not a replica of man. She comes directly from God’s creative act. The image of the “rib” does not in any way express inferiority or subordination, but to the contrary, that man and woman are of the same substance and are complementary, and that they also have this reciprocity. And the fact that, in the story, God forms the woman while the man sleeps, highlights precisely that she not in any way a creature of man, but of God. It also suggests something else: to find the woman — and we can say to find love in the woman, man first has to dream of her and then he finds her.

The trust of God in man and woman, to whom he entrusts the earth, is generous, direct, and full. He trusts them. But then the Evil One introduces into their minds suspicion, disbelief, and distrust. And finally comes the disobedience to the commandment that was protecting them. They fall into the megalomania that pollutes everything and destroys  harmony. We all also feel this within us many, sometimes.