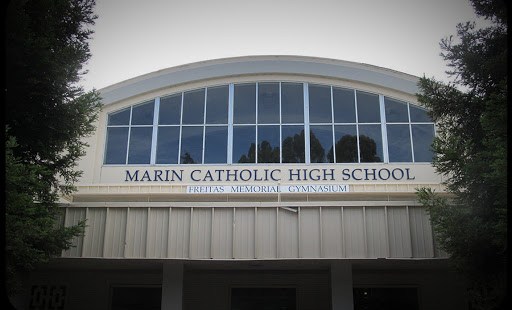 Five nuns in the archdiocese of San Francisco walked out of their classrooms Friday as some students handed out fliers that promoted a gay-solidarity event on campus, according to the San Francisco Chronicle:

The five members of the Dominican Sisters of Mary order exited their classrooms Friday as students began handing out flyers at the Kentfield school promoting a nationwide Day of Silence.

Marin Catholic High President Tim Navone and Principal Chris Valdez tried to put out the latest brushfire with a letter to parents about “a challenging day on our campus resulting in both students and faculty feeling confused about our mission.”

At issue was Friday’s annual Day of Silence, promoted by the Gay, Lesbian and Straight Education Network — whose corporate sponsors include McDonald’s, Target, Disney/ABC, Wells Fargo, Morgan Stanley, Google and the NBA. It bills itself as a group of “students, parents, and teachers that tries to effect positive change in schools,” but the nuns at Marin Catholic High see it as anti-Catholic.

The school declined to participate in the Day of Silence. Instead, a morning prayer was read over the school’s PA system “to acknowledge and pray for students everywhere who have the experience of being ostracized, marginalized or silenced by bullying,” school officials wrote in their letter.

“Our intention was not to take part in a Day of Silence, but rather take a moment in the morning to pray together as a school community,” the letter to parents said.

Unfortunately, the administrators said, the school’s message was “compromised and misinterpreted” the night before when it was linked on Facebook to the campaign by the Gay, Lesbian and Straight Education Network, “an activist group with which we are not affiliated.’’

When some Marin Catholic High students began handing out Day of Silence-related stickers and flyers on campus Friday morning, the five nuns felt “felt compromised, offended and uncomfortable,” Sister Clare Marie, one of the teachers, later wrote in a lengthy e-mail to her students.


The nuns’ walkout is the latest skirmish in the battle over sexual morality between San Francisco’s Catholics.  The co-religionists have split into two rival camps. Progressives oppose archbishop Salvatore Cordileone for seeking to re-affirm church teaching in the archdiocese’s schools. Last Thursday, more than 100 prominent liberal Catholics signed a letter in the Chronicle that urged Pope Francis to remove Archbishop Cordileone from his post as shepherd of the archdiocese’s Catholics.

Yet conservatives have fought back. A group by the name of San Francisco Catholics is planning to hold a picnic on May 16 in support of Cordileone. For his part, the archbishop wants to address what blogger Rod Dreher called "the mutiny" in his diocese.

On Wednesday, the Chronicle confirmed that Cordileone, the subcommittee chairman for the United States Conference of Catholic Bishops on the promotion and defense of marriage, will not attend the March for Marriage in Washington, D.C. this Saturday. The march will be held three days before the Supreme Court considers arguments in cases about whether homosexual marriage should be legalized nationwide.