More Jesus Movies on the Way 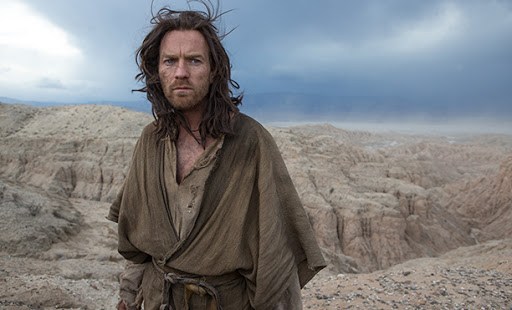 Never believe rumors of Jesus’ death. He is alive and well — and coming soon to a theater near you.

Sean Bean is one a-list actor listed for a movie about Jesus’ boyhood that will hit theaters in 2016.

Hugh Jackman will star as St. Paul in another reported movie due out next year.

Thus, in 2016, Hollywood will feature at least three movies that more or less affirm the basic Christian understanding of Jesus Christ.

Ironically, these three movies will come 10 years after The Da Vinci Code hit theaters, a Tom Hanks vehicle based on Dan Brown’s take-down of the basic Christian understanding of Jesus.

I remember the worry so many Christians had in the wake of The Da Vinci Code. Many expected widespread misunderstandings of Jesus to take root. That didn’t happen. Five years after the book and movie phenomenon, when I started to teach my Christianity and Mass Media class at Benedictine College, I found that my students had barely heard of it, had never heard its premise, and had not in the least been influenced by either the book or the movie.

Now, media versions of the real Jesus have totally eclipsed the phony Jesus of Dan Brown.

Consider the Christ-centered projects that have been attracting millions of viewers this year:

The least hyped Jesus presentation this year was the art film Last Days in the Desert which stars Ewan McGregor as both Jesus and Satan. It debuted at Sundance in January, received mostly positive reviews that deemed its take on Jesus fairly traditional and non-contentious, and hasn’t been heard from since.

The most hyped Jesus show was probably the NBC hit miniseries A.D.: The Bible Continues that started at Easter.  Jesus in the series is played by Juan Pablo Di Pace — who says his parents named him after Pope John Paul II. In an interview with NBC News he guessed at why Biblical movies have been so popular. “After 2012 there’s been a shift in humanity, society and economics,” he said. “We’re witnessing a transition, everything is changing really fast — with that comes a wanting to see and believe, and faith and spirituality come into play.”

We will see next year what that new interest brings.

Christ the Lord, based on Anne Rice’s book about Jesus’ childhood, will be released by Focus Features the week before Easter 2016.  The Internet Movie Database lists Sean Bean as “Severus” but few details are available yet.

Ben Hur is an MGM/Parmount production, and is expected in February 2016. The studio says it is not a remake of the Charlton Heston iconic role, but that “the film returns to the heart of Lew Wallace’s epic novel focusing on the nature of faith.” Wallace’s 1880 novel was titled Ben-Hur: A Tale of the Christ. The cast includes Morgan Freeman, Jack Huston and Ayelet Zurer.

Fewer details are available about Apostle Paul, a project reportedly produced by Ben Affleck and Matt Damon and starring Hugh Jackman as the last apostle to meet Jesus — after the Resurrection, on the road to Damascus.

Add to all these the 2014’s Son of God and you get eight high-profile Jesus productions in three years.

Of course it isn’t just Jesus attracting interest, but Scripture, too. Darren Aronofsky’s overrated 2014 hit Noah and Ridley Scott’s underrated Moses: Gods and Kings from 2014 both made tidy profits. And more Biblical projects are rumored, focusing on Cain and Abel and Pontius Pilate.

The phenomenon makes one thing crystal clear: The much vaunted rise of atheism and decline of religion is not a done deal. Jesus Christ remains the figure who cleaved time in two, whether you say “Anno Domino” or “Common Era.”
Even after he is denigrated, dismissed and pushed to the margins by media’s gatekeepers, the crowds demand to see him.

Jesus still stands in the center of culture, demanding to be noticed  — exactly as you would expect of the Word of God made flesh.