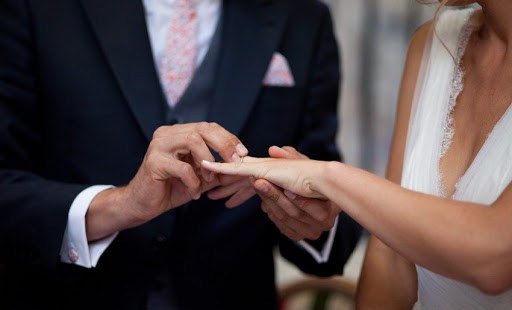 These are the two questions the Supreme Court of the United States will ponder as it listens to oral arguments Tuesday.

It seems simple. But the roads that have led to this point have been anything but.

After years of legal challenges to state bans on same-sex marriage, many of them successful, as well as voter referendums in which the traditional definition of marriage has been upheld by overwhelming majorities, four cases have ended up at the High Court. When the justices granted review to the cases from Ohio, Tennessee, Michigan, and Kentucky, they limited the issues before them to the two questions above, which are being referred to as the “marriage” and “recognition” questions, respectively.

The court has grouped the four cases under Obergefell v. Hodges, in which James Obergefell is challenging the State of Ohio to recognize a "marriage" he entered into in Maryland to his male lover, who has since died. Loosely, Tuesday’s proceedings are being referred to as Obergefell.

If the Court answers the two questions in the affirmative (a decision is expected by June), Obergefell could go down as the Roe v. Wade of marriage. That, in the view of many, would be a grave mistake.

In an open letter released Thursday affirming marriage as the union of one man and one woman, a group of major religious leaders wrote:

The state has a compelling interest in maintaining marriage as it has been understood across faiths and cultures for millennia because it has a compelling interest in the well-being of children. Every child has a mother and a father, and every child deserves the opportunity, whenever possible, to be raised by his or her own married mother and father in a stable, loving home. Marriage as the union of a man and a woman is the only institution that encourages and safeguards the connection between children and their mother and father. … The redefinition of legal marriage to include any other type of relationship has serious consequences, especially for religious freedom. It changes every law involving marital status, requiring that other such relationships be treated as if they were the same as the marital relationship of a man and a woman. …

The letter was signed by several dozen religious leaders, including Archbishop Joseph E. Kurtz, president of the United States Conference of Catholic Bishops; Archbishop Demetrios, Archbishop of America of the Greek Orthodox Archdiocese of America; His Beatitude Tikhon, Archbishop of Washington and Metropolitan of All America and Canada of the Orthodox Church in America; Russell Moore, president of the Southern Baptist Ethics & Religious Liberty Commission, and Bishop Gary E. Stevenson Presiding Bishop of The Church of Jesus Christ of Latter-day Saints.

The views expressed in their letter are similar to that which has been put forth for some time by Bill May of Catholics for the Common Good. The organization was active in promoting Proposition 8 in California, the marriage amendment that has since been judicially overturned. Now May is promoting a new project, the Marriage Reality Movement. "It starts helping people recognize the crisis of marriage breakdown that is touching almost every family, reintroducing marriage to the culture, starting from the beginning, and providing training materials for the laity to take back marriage starting in their own families," May said. "We approach the subject in solidarity with the human right of children to, as far as possible, be born into a family with mom and dad united in marriage, and the human right for young people to be able to discover the truth about love, marriage, family and sexuality."

But is the battle for traditional marriage lost?

"It cannot be," says Jennifer Roback Morse, founder and president of the Ruth Institute, which promotes the traditional understanding of matrimony. "Nature will reassert itself. Advocacy for genderless marriage and the whole realm of ‘gender theory’ is an intellectual fad. The Supreme Court has disgraced itself in the past by enacting the intellectual fads of elite opinion. I’m thinking particularly of eugenics and the Buck v. Bell case. Justice Oliver Wendell Holmes opined, ‘Three generations of imbeciles are enough.’ The Court allowed itself to be swept away with group-think and without thoroughly examining the relevant facts. And that is what they are about to do with natural marriage."

Neither Morse nor Sherif Gergis were hopeful for a good outcome to Tuesday’s hearing. "It doesn’t look good," said Gergis, co-author with Robert P. George and Ryan T. Anderson of the 2012 book What Is Marriage: Man and Woman: A Defense. "The high court has subtly signaled that it’s poised to give us a Roe for marriage. But as with the original Roe, it’ll mark only the end of the beginning of a long cultural drama. At this intermission, we can see what went wrong and just what’s at stake.

"On Tuesday, you’ll hear the lawyer for Michigan make the best legal argument for conjugal marriage laws, based on the best brief filed in any marriage case to date," Gergis continued. "That’s a testament to the attorneys who’ve worked on it. But it’s also a sore reminder that we could’ve used such a defense a few years back. In this way, it’ll be emblematic of one reason we’ve lost so many spoils to the Sexual Revolution: forfeiture. We’ve lacked the courage to share our convictions; the preparation to defend them; the discipline to live them out; and the energy and sympathy to show their beauty to those they’ve alienated—through affecting art and abiding companionship and quiet witness. But there’s no 50-year plan to win the culture back. In the Church, the primary unit of planning is personal vocation. Each of us must discern how we’re called to help restore the human goods wrecked by decades of confusion about sex and marriage—of which this week’s high-court drama (indeed, the whole marriage debate) is only a symptom."

The most immediate thing to try to secure is our freedom to live out and pass on our own convictions on sex and marriage. By deeming conjugal marriage supporters bigots, the Court makes it easier for lawmakers and courts to use policies and public education to drive us to the margins. If they succeed, it will be easier for a camel to pass through the eye of a needle than, say, for my own (future) children to pass through college with a sound marital ethic—even as an earlier generation’s efforts made it easier for mine to be pro-life.

But this isn’t just about witness to ideals. It’s about serving the real-life interests of the least of our brothers and sisters. In particular, it’s about seeing to it that no one faces life alone, deprived of communion by the atomizing effects of what Pope Francis has called our “throwaway culture”; and that everyone begins life on the firmest ground: the faithful care of the man and woman whose love brought them forth.

Law and policy are thus only a means. Paraphrasing C.S. Lewis, we can say that all the world’s court cases and laws are for naught, if they don’t facilitate real goods: a child toddling toward his father, who’s on the scene; a middle-schooler absorbed by novels instead of grief over her parents’ divorce; two neighbors, confident and free, boisterously bickering their way to a companionship for life; a young man unscarred by authority, unafraid of commitment, kneeling in prayer, or in marriage proposal. But these scenes prevail where good mores and laws (among much else) do; and they’re undermined by the opposite.

So if we can’t cede the culture, and there’s no immediate victory, we must invest the long-term political, legal, cultural, and spiritual capital to win down the line. And if the Sexual Revolution is built on confusion—about the human good and the common good—it will one day take its place on the ash-heap of history alongside other “inevitabilities” built on confusions. But to play our part in dismantling the lie, we can never flag in bearing witness to the truth. And even before achieving visible success, we know that the fight, the witness, even the peaceful endurance of defeats will make its own contribution, through character and other spiritual fruits, to the longest-term project of all, for that greatest of common goods called the Kingdom. This greater battle is not one that the courts can make us lose. It’s won if we stay on the field, and lost if we flee.