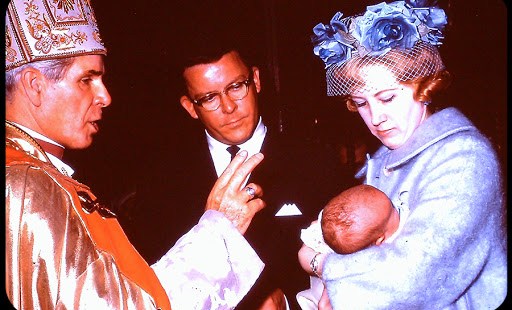 How we mess up our relationship with Christ

When I was young, my mother would constantly remind me…
Put your boots on.
Bring an umbrella.
Don’t forget to pack your lunch.
In my youthful wisdom, I would chuckle and sometimes say, “Ok, mom” and proceed to follow none of the above. But sure enough, from nowhere, a snowstorm would appear; a drenching rain would ensue; or a certain “free lunch” that I thought would be served—wouldn’t.
The bottom line? When wisdom fills your ears, there is wisdom in listening to it!
Not long ago, I downloaded an App with a smorgasbord of talks given by the Venerable Fulton Sheen. The categories are numerous and include words of wisdom related to: Gospel characters; Human disorders; Love; Marriage; Jesus Christ; the Church; and Catholic teachings. The first that met my ears was one entitled The Five Ways We Fall. Here, Bishop Sheen outlines Simon Peter’s fall (and ours):
1. Neglect of prayer. He notes that while the Lord commands us to “watch and pray,” we sleep. Our neglect of prayer begins one piece at a time. First, we cease to fulfill the obligation (say the Office, if one is a member of the clergy). Next, our time spent in prayer declines. And finally, as though a light switch had been pushed, our prayer life goes dormant.


2. Substitution of action for prayer. In recalling how Peter severed the ear of the High Priest’s servant, Sheen reminds us of Jesus’ miracle in healing that ear and restoring to him the gift of hearing. In using this example, he warns us to be aware of falling into an “extra-active” mode of living our lives—especially one that precludes prayer. For in doing so, our actions will sometimes end in violence and the choosing of our enemies.

3. Following the Lord from far off. After denying Jesus, Peter was ultimately “dragged to the foot of the Cross.” Given the Signs of the Times that were playing out in his midst, it was clearly dangerous to follow the Lord too closely. Using this faulty wisdom, he ponders how often we follow far behind His footsteps so as to not be recognized as a close follower?

4. Focus on creature comforts. Rather than going out into the Lord’s vineyard and doing the work that needs to be done, we instead insist upon resting and warming ourselves by the fire. In walking down this road, Sheen notes that complacency sets in.

5. Focus on creature friends. Here, Bishop Sheen declares that we agree to make spiritual retreats as long as Jesus Christ is not discussed. The rationale? Our Lord places too many demands upon us, especially in regard to the way we should live our lives. Given this, it is better to leave Him in the background. However, in leaving Him there, we deny His Holy Path and instead choose creatures with similar views. Hence, we fulfill the words of St. Peter: “Truly, I do not know the man.”

But in falling, Jesus encourages us to rise again…
After this many of his disciples drew back and no longer went about with him. Jesus said to the twelve, “Will you also go away?” Simon Peter answered him, “Lord, to whom shall we go? You have the words of eternal life; and we have believed, and have come to know, that you are the Holy One of God.” (John 6:66-69)
Deacon Kurt Godfryd is editor of Catholic Journal and a permanent deacon of the Archdiocese of Detroit. This article was originally published on CatholicJournal.us.