On Her Feast Day, Looking at St. Catherine of Siena Through Sigrid Undset’s Eyes 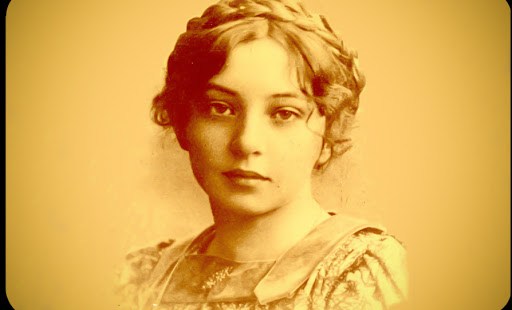 Today is the Feast of St. Catherine of Siena: mystic, stigmatic and Doctor of the Church. The writings of St. Catherine (1347-1380) have inspired many people down the centuries, but among the most interesting examples from comparatively recent times is the Norwegian Nobel Laureate, Sigrid Undset (1882-1949). I will spare the reader any vain and pitiful attempt on my part to analyze the sometimes above-my-head ideas related by St. Catherine. Instead, I draw attention to the work of Undset, whose admiration of this remarkable 14th-century saint led to a wonderful, accessible reflection on St. Catherine and her writings.

Sigrid Undset was one of Norway’s most important modern writers. In recognition of her talents, she was awarded the Nobel Prize for Literature in 1928 – back when one actually had to be able to write, bring about peace, etc. to merit the award. Her trilogy Kristin Lavransdatter, set in 12th-century Norway, ought to be required reading for all Catholics. Herself a convert to Catholicism, the 20th-century Norwegian writer, Undset, found much in common with the 14th-century Italian writer, St. Catherine.

Both women were Third-Order Dominicans, and lived in times when the Church appeared to be in danger of disintegrating. Indeed, Undset’s conversion from secular atheist to fervent Catholic was considered a tremendous scandal both among the Low-Church Lutherans and the no-Church intellectuals of her countrymen. Yet like St. Catherine fighting against a tide of materialism in her own day, Undset encouraged the faithful to fight back against the secularization of Western society.

Undset’s magnificent spiritual biography of the saint, Catherine of Siena, was published posthumously in 1951. It is a fitting introduction or companion for those interested in learning more about St. Catherine, written in a thoughtful and sensitive style that is typical of the author’s other works. The fact that Undset was so interested in the Middle Ages, not just in her own country but in the idea of Christian Europe, allowed her to build a bridge for us between our own day and a world which may at times seem very foreign to our experience.

Like many of us, Undset recognized the fact that the writings of this great Italian mystic are not always easily accessible for the modern reader. Apart from most likely not having had any mystical experiences, the modern reader most certainly did not have the benefit of growing up in the more deeply spiritual world of Medieval Europe. Yet she saw that, as in St. Catherine’s day, man’s perennial tendency to either ignore God completely or remake Him in our own image leads to evil results.

In Catherine of Siena Undset opined that the problems of the modern age grew out of a denial of man’s being made in the image and likeness of God, and all that entails. In order to justify his own bad behavior in violation of the natural law and the teachings of Christ and His Church, man can convince himself that sin is, in effect, virtue. If we have “ceaselessly stained and crippled the image of God in ourselves,” she writes, “we have succumbed to our desire for power and flattery, to our passions, hate and revenge, lust and ambition.”

In Undset’s view this paradoxical mindset leads to impotence, or destruction, or both. She notes that modern men are always planning utopian visions of the future, only to tear them down: man accomplishes something good, and almost immediately sets about destroying it. There is no sense of planning or preservation, all is caprice, shallowness, and pique. “We are afraid of change,” she writes, and yet simultaneously are “afraid of stagnation. We love old things and institutions, and will have something which is new and different.”

St. Catherine’s dogged perseverance, such as in trying to get the Papacy to return to Rome from Avignon, impressed Undset tremendously: particularly because the saint seemed so often to be fighting a losing battle against the materialism of her times. Undset points out that the efforts made by St. Catherine to persuade others to take the right path were pursued with the full understanding of the saint herself that she might very well never see their fruits. In this, Undset says, St. Catherine drew closer to Christ:

She gave of herself until her physical life was used up; in a fight whose final results she was as sure of, as she was sure that she would not see many victories on the battlefield of this world. But in fact Our Lord has never made any promises regarding the triumph of Christianity on earth – on the contrary. If we expect to see His cause triumph here, His own words should warn us: “When the Son of Man comes, will He find faith upon the earth?” He did not tell us the answer.