The Man Who Launched a Theological Revolution 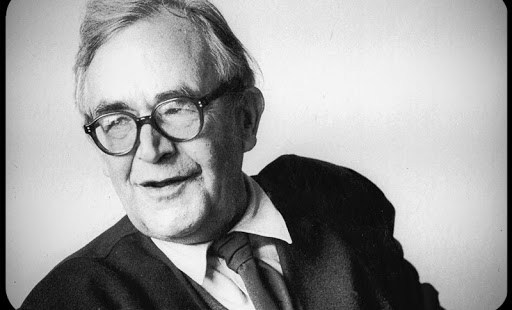 As 2015 progresses, we have plenty of grim centennials to mark: the Armenian Genocide, the Gallipoli Campaign, the first use of poison gas at the front line. In so many ways, 1915 was a memorable (and dreadful) year. We might though be missing one of the key stories of that time, which continues to reverberate through the way we understand Western religion. Unknown to most people outside his immediate neighborhood, it was at exactly at this time that a young Swiss pastor was launching a theological revolution.

When the war broke out in 1914, theologians in the rival nations fell over each other in seeking to produce the most extreme statements of nationalist and jingoistic propaganda. Partly because Germany had the best-developed academic structures, scholars from that country were among the most outspoken, and, in retrospect, their words were the most disturbing. At the outbreak of war, a galaxy of the nation’s greatest religious minds subscribed to an outrageous propaganda declaration, a Manifesto, in support of Germany’s goals and tactics.

Among its horrified readers was Karl Barth, then a 28-year old Reformed pastor in neutral Switzerland. Reading the signatories of that document, “I discovered almost all of my theological teachers whom I had greatly venerated. In despair over what this indicated about the signs of the time, I suddenly realized that I could not  any longer follow either their ethics and dogmatics or their understanding of the Bible and of history. For me at least, nineteenth century theology no longer held any future.”

For Barth and like-minded critics, questions naturally presented themselves: When those great Christian scholars signed those propaganda statements, how did they differentiate themselves from any other super-patriotic bourgeois of the time? As Barth wrote, “It was like the Twilight of the Gods when I saw the reaction of Harnack, Herrmann, Rade, Eucken and company to the new situation.” How exactly did the kingdom of God that they preached relate to worldly states, to empires and kingdoms?

In response, Barth developed a whole theory of authority within Christianity that demanded a reimagining of long-orthodox beliefs about the church’s relationship to secular culture. Those ideas constituted an intellectual and spiritual revolution. Modern theologian Richard Burnett remarks, “Barth’s break with liberalism in the summer of 1915 is the most important event that has occurred in theology in over two hundred years.” Barth is often called the greatest Christian theologian of the twentieth century, possibly since Thomas Aquinas, and his thinking is inseparable from the wartime crisis.

Seeking alternatives to liberal Protestantism, Barth read authors like Dostoevsky and Kierkegaard, who affirmed a Christianity rooted not in reason or the standards of this world but rather in what the world saw as absurdity. He also developed his own distinctive ideas, based on a radical separation between God, the absolutely holy, and a world that could, with all the best intentions, never rise unassisted beyond its sins and failures. Barth began a rereading of the Bible, in a manner quite different from the scholarly detachment of the academics: “A new world projects itself into our old ordinary world. We may reject it. We may say, ‘It is nothing; this is imagination, madness, this God.’ But we may not deny nor prevent our being led by Bible ‘history’ far out beyond what is elsewhere called history—into a new world, into the world of God.”

As he spoke to local audiences of pastors and scholars, reports began to spread about this daring intellectual from a tiny parish, and of his startling views. In November 1915, he spoke in Basel on the theme of “Wartime and the Kingdom of God,” where he presented the fundamental message: the world remains the world, but God is God—“Gott ist Gott und Welt bleibt Welt.” He went even further in characterizing the world as ruled by the Devil, so that any attempt to change it would be worthless and doomed to failure. Christians must rather await the coming of the kingdom of God.