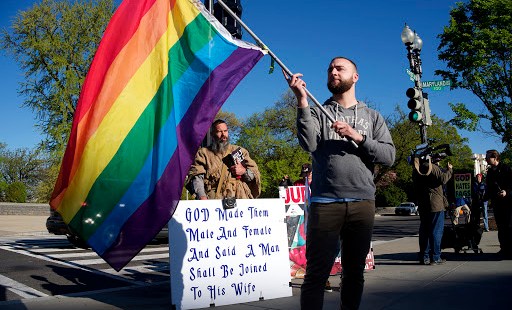 If the Supreme Court rules that gay marriage must be legal across the nation, could religious colleges and universities lose their tax- exempt status? On Tuesday, the nation’s highest-ranking attorney admitted that yes, they could.

As Joel Gehrke of National Review noted, Solicitor General Donald Verrilli conceded the possibility in oral arguments in Obergefell v. Hodges at the Supreme Court. Justice Samuel A. Alito, Jr. opened the line of questioning by referring to Bob Jones University, a South Carolina school that had lost its tax-exempt status after refusing to change its now-rescinded policy that prohibited interracial marriage and interracial dating.

Well, in the Bob Jones case, the Court held that a college was not entitled to tax exempt status if it opposed interracial marriage or inter-racial dating. So would the same apply to a university or a college if it opposed same­-sex marriage?

Verrilli struggled to answer the question but spoke with candor:

Verrilli’s reply has not received attention in the mainstream press except in one Washington Post blog post. But it has alarmed social and religious conservatives. On Wednesday, Albert Mohler, the president of the Southern Baptist Theological Seminary, warned that all religious institutions, not just colleges and universities, are at risk of dire financial hardship if the high court legalizes gay nuptials:

It will indeed be an issue, and now we have been told so by none other than the Solicitor General of the United States. The loss of tax-exempt status would put countless churches and religious institutions out of business, simply because the burden of property taxes and loss of charitable support would cripple their ability to sustain their mission.