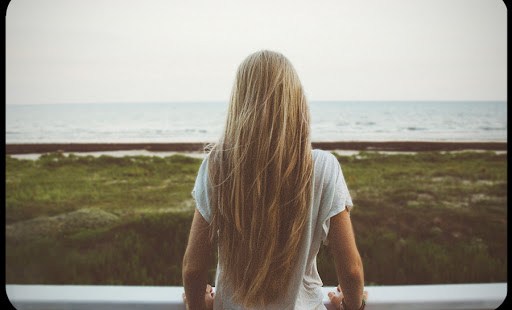 In the book of Revelation, when Jesus catalogues the problems in each of several churches he gives a lot of great advice. Some churches need to “hold fast to what you have” others need to “return to your first love.”

But when he comes to the church of Laodicea, he has nothing good to say:

“I know your works; I know that you are neither cold nor hot. I wish you were either cold or hot. So, because you are lukewarm, neither hot nor cold, I will spit you out of my mouth” (Revelation 4:15-16).

Let us count the way nominal Christians are a problem.

Nominal Christians are the hardest to reach with the Gospel message.

To those who once believed but do no longer, Jesus Christ is either embarrassing or irrelevant. Jesus is like your Uncle Bob — that uncle you met a few times in childhood but didn’t keep up with. You remember him with a pang of conscience for not sending a Christmas card or with overwhelming indifference.

Nominal Christians think of Jesus that way. Have you ever noticed that, nowadays anyway, lapsed Catholics talk about “Catholic guilt” way more than practicing Catholics?

Practicing Catholics have a quick way to kill guilt: confession. Only those Catholics who have abandoned the sacraments stay guilty. Either that, or they have hardened themselves against guilt. That makes it impossible for them to hear the truths of the faith — they hear them not as a freeing pathway, but as echoes from a regrettable past.

Nominal Christians give the world a false sense of the strength of the Church.

I have long been haunted by a comment a priest once made: “The 1950s were the apex of Christian civilization in America. We need to get that back.”

He was wrong — tragically so. The 1950s strike me as a time when people were painfully embarrassed about Christianity, even though I suppose most Christians then wouldn’t dream of renouncing the faith. The cultural icons of respectability were faithless: Ozzie and Harriet, the Cleavers and the Kramdens never prayed or went to church.

One gets the sense from those shows that people thought our society should be strong and good, but need not be Christ-centered. In fact, Ward Cleaver and the Honeymooners “imagined no religion” in exactly the same way John Lennon did.

Successive generations of TV families, those families who imitate us and vice versa, did the same — from The Bradys to the Cosbys to Everybody Loves Raymond, religion never made anything more than a cameo appearance.

The fact that each of these families would probably identify themselves as Christian didn’t show the strength of Christianity — it showed the weakness of Christianity. The American culture they created allowed people to be satisfied good “Christian folk” without Jesus.

Nominal Christians give us a false discouragement about our declining numbers.

Christians often feel disappointed that we live in a time of quickly declining membership and church attendance. It’s true:
We do.

But we probably misunderstand what is going on.

The numbers don’t tell us: “People used to believe, but now no longer believe.”

Instead, they tell us: “People used to have to say they believe, but now they can be honest.”

The American Religious Identification Survey that inspired Newsweek to write its cover story on “The Decline and Fall of Christian America” certainly showed the drop in people who go to church services or associate themselves with a denomination. But it also showed something else. Said the survey:

“Most of the growth in the Christian population occurred among those who would identify only as ‘Christian,’ ‘Evangelical/Born Again,’ or ‘non-denominational Christian.’ The last of these, associated with the growth of megachurches, has increased from less than 200,000 in 1990 to 2.5 million in 2001 to over 8 million today. These groups grew from 5 percent of the population in 1990 to 8.5 percent in 2001 to 11.8 percent in 2008. Significantly, 38.6 percent of mainline Protestants now also identify themselves as evangelical or born again.”