What Will It Take to Return Christians to Their Homeland in Iraq? 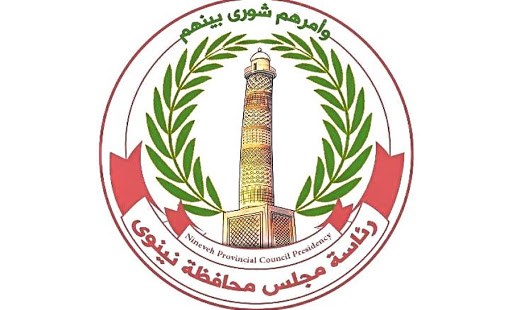 Experts agree it won’t be a walk in the park

The Iraqi Interior Ministry has announced the creation of a joint task force to start military operations aimed at freeing Mosul and Nineveh province, currently in the hands of the Islamic State group, according to Fides news agency.

Such a move would have great implications for the tens of thousands of Christians who were forced out of their homes in northern Iraq last summer, as ISIS swooped in and gave them the ultimatum of converting to Islam, paying an exorbitant protection fee, leaving or facing the sword.

But retaking the territories would be complicated, to say the least, according to religious freedom advocate Nina Shea and others.

Fides reported that the joint task force will involve the military apparatus of Baghdad and the autonomous region of Kurdistan. The creation of the body was sanctioned during a summit meeting in Erbil which was attended by the defense ministers of the Interior and those of the two governments. The Iraqi media also reported that the US ambassador in Iraq, Stuart E. Jones, took part in the meeting.

In statements reported by the national press, Iraqi Prime Minister Haydar al-Abadi ensured that Iraq will commit its army in the liberation of the province of Nineveh, as it did for the region of Tikrit. He asked the people of Nineveh to take part in the military operations against the militias of the Islamic State in order to be able to allow civilians to return to their homes.

"Whether this is going to happen or not is a good question because the Church is asking," said Shea in an interview. She directs the Center for Religious Freedom at the Hudson Institute. "It’s important that [international] powers understand that the Christians were one of main victims of the ISIS takeover of Mosul, that their churches were destroyed and that all their members were driven out under a convert-or-die policy, and that Mosul really is critical strategically for the entire Nineveh Plain."

The Islamic State is continuing to rule with an iron fist in Mosul. The group’s militants reportedly killed 300 Yazidi captives in the Tal Afar district west of Mosul, the BBC reported. And the radical Islamic group reportedly issued a decree ordering all men in the Iraqi city to grow beards on the grounds that the shaving of facial hair is forbidden under Shari’a law, said Radio Free Europe.

Retaking Mosul will not be a walk in the park. It’s true that Iraq’s military recently reclaimed the city of Tikrit from ISIS, but the hometown of Saddam Hussein is only about a third or a quarter of the size of Mosul, Shea noted. Even though half a million people left Mosul when ISIS moved in, to undertake a military operation in a city where 1 million people still reside is almost sure to create a humanitarian crisis.

"Of the people who remain, some of them are Salafis, who share the goals of ISIS," she said. "Some are Saddam Hussein’s generals and officer corps, who have made a pact with ISIS and have invited them in. And some are people who adapt and benefited who may have something at stake now with the new order and hate the Shi’ites so much in Baghdad…that they may want to fight for ISIS’ control.

"It could be a very bloody battle," she said.
In addition, if the operation were successful, Shea speculated that the 5,000 or so Christians who inhabited Mosul before last summer would find it difficult to return because their properties were taken over by their former neighbors.

"Those people will probably not be able to go back to Mosul because their homes will be occupied by someone else, and they also feel uncomfortable to say the least, insecure, with their former neighbors who did not protect them against ISIS, and some of whom may have made common cause with ISIS," she said.