The Incredible Story of How St. John of the Cross’s Papers Survived the Spanish Civil War 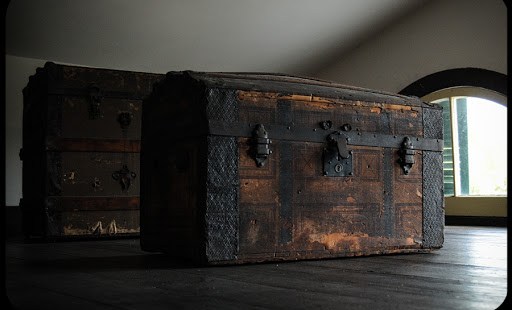 It may seem improbable to consider that St. John of the Cross, the Spanish Civil War, and JRR Tolkien have anything in common. However, all three share one important connection: the South African poet Roy Campbell, and therein lies a tale of intrigue, bravery and faith.

This remarkable narrative is set against the upheaval of the Spanish Civil War of the 1930’s. There was much unrest in Spain leading up to the elections of February 1936, as ordinary Spaniards from various factions sought to oust the Republican junta. This tension evolved into full-blown riots that swept through the entire country. Demonstrations soon turned virulently anticlerical and resulted in the destruction of churches and persecution of priests, monks, and others in the consecrated life.

It was no longer safe to publicly express one’s religious vows. By the end of the War, twelve bishops, 4,184 priests, 2,365 monks and approximately 300 nuns made the ultimate sacrifice for the Church.

It was amid this peril that Roy Campbell and his family converted to the Catholic faith, though this journey had been years in the making.

Born in 1901, Campbell spent much of his youth in South Africa. He arrived at Oxford in 1919 to begin his collegiate studies. The poet enjoyed a meteoric rise to success in the English literary world and by the age of 22 his works were compared to those of T.S. Elliot of whom he was a contemporary along with Dylan Thomas, Edith Sitwell, and Percy Wyndham Lewis.

Campbell also counted George Orwell, Aldous Huxley, T S Eliot, Evelyn Waugh, J.R.R Tolkien and C S Lewis among his friends. These friendships were a defining characteristic of his professional career as well as his personal life. J.R.R. Tolkien’s first impression of Campbell proved to be particularly memorable. One night in 1944, he observed the poet secluded in the dark corner of a pub peering intently at C.S. Lewis and listening to his lively conversation. This encounter vividly reminded Tolkien, in the midst of writing The Lord of the Rings, of the enigmatic Aragorn whom the hobbits meet in a similar fashion at the beginning of the trilogy. Campbell’s previous experiences and adventures heavily influenced the further development of this pivotal character.

A Dangerous Time To Be Catholic

The Campbell family, which grew to include daughters Anna and Teresa, moved to Barcelona in the autumn of 1933 after living in Provence for several years. It was during this time that the family began to convert to the Catholic faith. They moved to Altea, near Alicante, in May 1934. It was here that the whole family was formally baptized into the Catholic Church in June 1935. By 1936 the Campbells had moved to Toledo. Little did they imagine that their newfound faith would be severely tested in the months ahead.

By this point, Spain was embroiled in a full-blown civil war and it was a dangerous time to be Catholic. Nonetheless, Campbell and his family befriended the Carmelite monastery in Toledo and in March of 1936, the monks briefly took refuge in his home. Then, on July 21st, Republican forces marched on the city. The Carmelites again sought assistance from the Campbells. This time, however, it was not for their own safety, but to protect the Carmelite archives, including the personal papers of St. John of the Cross. Campbell agreed and that night a trunk with the precious legacy was delivered to him.

Begging the intercession of St. John of the Cross
Several days later, on July 31st, the militia arrived to search the Campbell home. Anticipating such a visit, Roy and Mary had already taken the precaution of concealing all their crucifixes and religious images.