Your Screaming Kids are Distracting Me 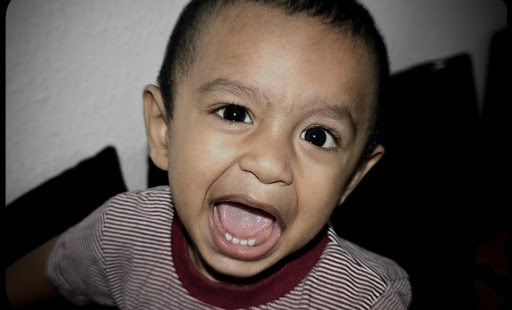 And I think I needed that

I was at a holy hour the other night, totally focused and immersed in my thoughts, when from the back of the church came the sound of a wailing toddler. Just like that, I lost it. I was completely distracted by some kid who was far too young to be stuck sitting in a church.

And thank God for that.

See, I was totally focused on planning the rest of my night. I was coming up with a packing list and deciding which posts I could update before I headed out in the morning. I was thinking about the songs I have on my new smartphone and wondering if the USPS would forward the package I had shipped to the house I was staying at in time for me to get it at the house I was staying at next. Yeah, I was focused, all right. Focused on me.

Then that kid started screaming, and I snapped out of it. I heard the dulcet tones of a toddler tantrum and couldn’t help but thank God for the luxury of silent prayer. I heard footsteps and a door opening and offered a prayer for the patience of that poor parent. I prayed for those who were really angry about the disturbance. I prayed in thanksgiving for the gift of life.

Parents, I know all too well the frustration of taking little ones to Mass. I calculated this evening (when I should have been praying) that I’ve taken little ones 4 and under to Mass by myself at least 200 times. So while I’m not a parent, I know the frustration and awkwardness and even shame of that experience.

Case in point: John Paul isn’t so great at first person pronouns. He refers to himself as “you.” This was great when he was potty training and announced at the top of his lungs during the Eucharistic prayer, “You awe weawing undewweaw!!” There were definitely panty line checks all around the sanctuary.

I’ve gotten plenty of dirty looks. But more often, by God’s grace, I’ve gotten affirmation. People thank me for bringing “my” kids and compliment me on their behavior. Once after John Paul threw a particularly loud fit at Mass, an elderly man came up to me and told me it was the holiest sound he’d heard all day. “He reminded me that I’m alive,” he said with a smile.

But more often than not you don’t notice the smiles. You notice the rolled eyes and raised eyebrows and dirty looks and you think that at best you’re not making anyone angry. But that’s not true–at best, you’re making the people around you saints. You’re pulling them out of their self-obsession and reminding them that being at Church is about emptying ourselves for God and each other.

Prayer is so often just a veil for narcissism. We talk and talk and talk about ourselves and then slap an “Amen” on the end and consider ourselves holy. When your kids start screaming, it distracts us from ourselves. We start praying for you. Or for them. We pray for single parents. We pray in thanksgiving for our grown children or we beg for screaming children of our own.

I was visiting with my grandmother the other day and mentioned that Cecilia shouted stream-of-consciousness for the entire Mass today. She said, “Oh, do they let children in the church?” Needless to say, she’s not Catholic. But it’s an attitude I’ve found from some Catholics. “Until they’re old enough to sit quietly,” they say, “leave them at home.” Or maybe “You know there’s a cry room, right?” As if the Mass is their personal property and they get to decide who stays and who goes.

Jesus embraced children, folks, and so does our Church. If you don’t want to hear them cry, the solution is not to remove the holy little ones from the church. The solution is for you to go to the 7am quickie Mass or the solemn high Mass that takes 3 hours. Find a Mass kids aren’t going to and shut yourself up in that one.