Hope for the Church: Making Disciples Out of Cultural Catholics 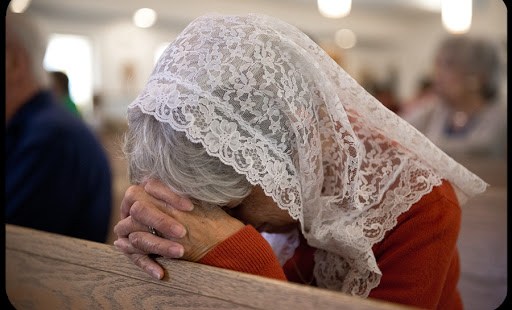 Let’s not settle for a smaller church of “committed Catholics”

Catholics, as a segment of U.S. population, shrank by 3.1% from 2007 to 2014, and are now outnumbered as a portion of American population by the “nones”, the religiously unaffiliated. That was the headline-grabbing revelation last week from the Pew Research Center.  That trend fits within the overall decline in affiliation with Christian denominations, notwithstanding population growth in the U.S. in the same time period.

So there it was in black in white:  approximately 51 million adult Catholics in the United States as of 2014 versus approximately 56 million religiously “unaffiliated” adults.

That should come as no surprise to any Catholic who is attentive to the current situation of the Church in North America.  What the study did not point out, but we know from experience to be the case, is that only approximately 12% of those 51 million Catholics attend mass regularly on Sundays. The Catholic Church in America is, and has been for decades now, constituted by practicing Catholics, kind-of-practicing Catholics, and non-practicing Catholics—a situation in many ways not unlike previous centuries, yet which emerges from new and complex causes, and has resulted in a Church of profound internal tensions.

Those tensions have all too painfully come to bear on the religious experience of most present day Catholics. Yet our manner of articulating those tensions within the Church is often far too simplistic, contrasting as we often do conservatives with liberals, the remnant with the fallen-away.

Although open to similar over-simplifications, the terms "committed Catholic" and "cultural Catholic" are sometimes contrasted, but arguably with good reason. Committed Catholics are those who, in varying forms, manifest a robust religious practice, an active pursuit of a spiritual life, a deepening of their understanding of Catholic dogma, and an intentional embrace of the fullness of Catholic teaching—including her moral teaching on hot-button issues such as contraception and homosexuality—giving the free allegiance of mind and will to the Church’s authentic magisterium.
"Cultural Catholics" by contrast are those who in varying degrees have negligible Catholic practice, or while retaining elements of practice (such as occasional Church attendance) find themselves disagreeing (whether they understand why or not) with certain Church teachings.  And of course it is no secret that culturally Catholic politicians and academics especially, while insisting on their Catholic identity, will openly dissent from the Church’s received teaching (even to the extreme of explaining their dissent as a "service" to the Church).

The truth is, the baptized express their Catholicism across a broad spectrum of practice, or lack thereof, and of embrace of Church teaching, or rejection thereof.

So, yes, the tensions are real.

A historically shallow view of the Church’s history, we might add, faults the Second Vatican Council for those tensions.  But if we are attentive to history, we see that this has generally been the Church’s situation throughout her two millennia of existence, and that the Holy Spirit has not yet ceased to be present and active in the lives of all of his faithful—the committed and fallen-away alike.

Yet, cultural Catholics are the ones who are exiting. And that’s disturbing, and it invites reflection. What ought a committed Catholic’s attitude be toward this situation?  And what will our Church look like in the America of the future?  For what it’s worth, I offer a few thoughts on both questions, beginning with the latter.

As we watch the exodus of 6.5 American Catholics from the Church for every one person received into the Church (according to the Pew study), it is very reasonable to assume that robust Catholicism will, in the future, be found more commonly in smaller, more concentrated communities characterized by intense, faithful religious practice.