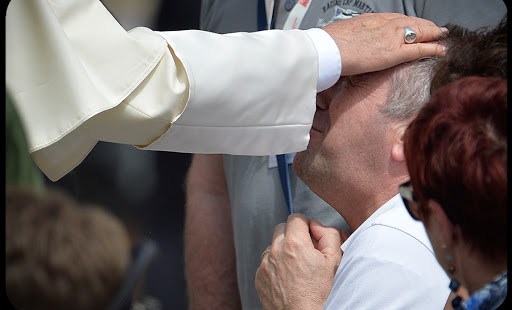 When politics and faith clash, we learn what motivates us


So you’ve seen for yourself. For such Bible-believing Christians, the Latinists at this site seem to have missed the use of “morning star” as a title for Christ in 2 Peter 1 and Revelation 2 and 22. The translation we use at Mass says: “May this flame be found still burning by the Morning Star: the one Morning Star who never sets, Christ your Son.”

So these things are relative. I’m a great admirer of Francis’s and have been moved and challenged by his words. What of those who aren’t admirers and feel it necessary to attack the pope in public, if only the public of an email list? Writing on Fr. John Zuhlsdorf’s popular weblog, someone who called himself “the Masked Chicken” gave this advice: “When St. John Vianney was asked by some priests why their churches were losing members, he asked them, point blank, ‘Have you fasted for them? Have you prayed all night? Have you done penances?’”

If, said Mr. Chicken, “for every criticism of the Pope you wished to make online, you were to pay for the privilege by first performing an act of real charity for someone in secret (for you cannot be certain that the comment you planned on making is such), then we would have a holier Church and a lot more gentle comments.”

“I have not earned the privilege to speak about what I think the Pope should or should not do,” he wrote. Learning to say the right thing at the right time “is a gift that comes only after you have learned to die to self and the best start for that is humility, detachment, and charity.”

This is good advice for nearly all of us, since almost everyone has someone he’d really like to take down in public, someone who has gotten under his skin. It’s especially good advice in speaking of the pope, if he has gotten under your skin, the man who is, despite all the careful limitations of his authority the Church makes, still the Holy Father, the successor of Peter, and the vicar of Christ.