Pope Francis: Do We Know How to Say Goodbye? 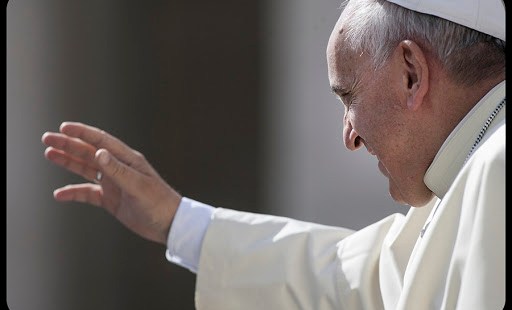 VATICAN CITY — When each of us bids our final farewell to this life, we should entrust ourselves to the heavenly Father. This was the focus of Pope Francis’ homily at Holy Mass at the Chapel of Santa Marta on Tuesday, May 19th.

In his homily, the Pope reflected on today's Readings, which recount Jesus’ final discourse before his Passion, and Paul’s farewell to Miletus before departing for Jerusalem.

Our lives are marked by saying goodbye or farewell, the Pope said. Indeed, our lives are made up of many farewells, both great and small, and at times there are tears and moments of deep suffering. Each of us, he said, should reflect on our own final farewell from this life and what it means for Christians to entrust themselves to God at life's last moment.

The Holy Father then turned his thoughts to all those who are victims of persecution and are forced to flee their homes, like the Rohingya of Myanmar or the Christians and Yazidis in Iraq.

“We think today of those poor Rohingya from Myanmar. When they left their lands to flee from persecution, they didn’t know what would happen to them. And they’ve been in boats for months over there. They arrive in a town where people give them water and food and tell them to go away. That’s a farewell. In addition, this great existential farewell is taking place in our own day. Think about the farewell for the Christians and Yazidis (in Iraq) who believe they can no longer return to their lands because they were chased out of their homes. This is happening now.”

There are small and great farewells in life, Pope Francis repeated, such as “the embrace of a mother, who says goodbye and embraces for the last time her son who is going off to war; and everyday awakes in fear” that someone will arrive at her door to tell her: ‘We are deeply grateful for the generosity of your son who gave your life for the homeland’”.” And then, he said, there is the final farewell that we all must make, when the Lord calls us to other shores. I think of this.”

Let us entrust ourselves to the Father at our final farewell

These great farewells of life, “even the final one,” the Pope repeated, “are not the farewells of “see you soon, see you later, or we’ll see one another again, which are all farewells to those we know will return, either immediately or within a week. They are farewells of someone who doesn’t know if and when he will return.”

Pope Francis noted that the theme of farewells is also present in art and music.

“I’m thinking of a song of the Italian 'Alpini' regiment, when the captain bids farewell to his soldiers: The Captain’s Last Will. I’m thinking of the great farewell, my great farewell, not when I must say ‘see you then,’  ‘see you later,’ ‘bye for now,’ but ‘farewell.’ These two readings use the word ‘addio’ (farewell in a final sense.)  Paul entrusts everything of his to God and Jesus entrusts to God his disciples who remain on this earth. ‘They are not of this world but look after them.’ We only say ‘addio’ at a time of final farewells, be they of this life or be they our final farewell.”

The Pope went to say that each of us would do well to think of our final farewell or passing and examine our conscience, just like Jesus and St Paul did.

“What will I leave behind? Both St Paul and Jesus in these two readings carry out a kind of examination of conscience: ‘I’ve done this, this and this … And what have I done? It’s good for me to imagine myself at that moment.  We don’t know when it will happen, but it will be that moment when expressions like ‘see you later,’ ‘see you soon,’ ‘see you tomorrow,’ ‘goodbye for now,’ will become ‘farewell.’  Am I prepared to entrust to God all that I have? To entrust myself to God?  To say that word which is the word of the son entrusting himself to his Father.”

The Pope concluded asking the Holy Spirit to teach us how to say goodbye, and truly to entrust ourselves to God at the end of our life.