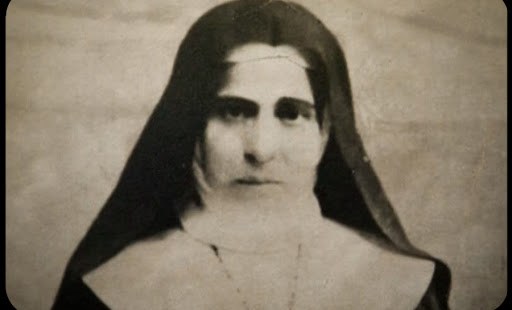 Newly canonized saint had visions of the Blessed Virgin

This past Sunday, Pope Francis highlighted the prayer and service of nuns and sisters throughout the world when he canonized four women religious: St. Emilie de Villeneuve, St. Maria Cristina Brando, St. Miriam of Jesus Crucified Baouardy, and St. Marie Alphonsine Danil Ghattas. Each of these women lived lives of heroic virtue and each was a model of the “feminine genius” that Pope Francis has praised many times in the recent weeks. The canonization was certainly a wonderful occasion as we continue to celebrate the Year for Consecrated Life.

In his homily, Pope Francis observed that each of the new saints shared a secret, explaining that each woman lived fully Jesus’ instruction to his disciples, “Abide in me… Abide in my love” (cf. John 15). The pope said, “They remained through their lives joined to him like branches to the vine, in order to bear much fruit… they bore the fruit of love.”

For St. Marie Alphonsine, this fruitful life was especially nurtured by her strong and enduring relationship with the Blessed Mother, who guided her to establish a new religious community—the Sisters of the Most Holy Rosary. In fact, the entire life of this holy woman was lived under Mary’s protective mantle.

Born in Jerusalem on October 4, 1843, she was given the name Soultaneh Marie (“Mary the Queen”). As a child, her devout parents frequently attended Mass and would often welcome neighbors into their home to pray the rosary. As a young woman, Soultaneh entered the Sisters of St. Joseph of the Apparition (a religious community named for the revelation given to St. Joseph that Mary was to be the Mother of Jesus) and there she received the religious name “Sister Marie Alphonsine.” She was known to be a calm, devoted sister and, while her community was dedicated to teaching and the care of the poor, she was able to maintain a deep sense of devotion.

In 1860, her life began to change. On the Feast of the Epiphany, January 6, 1874, Marie Alphonsine had a vision of the Virgin Mary. A second apparition followed one year later, during which Mary asked this humble sister to establish a new religious community that was to be known as the Congregation of the Most Holy Rosary. Over the following years, she brought together young women, forming the nucleus of this new religious family. Finally, in 1880, she received a dispensation from the Holy See to leave the Sisters of St. Joseph of the Apparition and she became a member of the community she had established. She made her religious vows as a Sister of the Most Holy Rosary on March 7, 1885. Sister Marie Alphonsine dedicated her life to parish ministry and the care and education of girls of Arab descent, and the community quickly grew.

Marie Alphonsine kept her visions a secret for 53 years. In journals that she allowed to be read only after her death, her biological sister (who was also a Sister of the Most Holy Rosary) learned of the special graces Marie Alphonsine had received and, at her sister’s instruction, she shared the account with the Patriarch of Jerusalem, Luigi Barlassina. It was only then the miraculous events that led to the foundation of Sisters of the Most Holy Rosary were revealed.

St. Marie Alphonsine Ghattas died on the Feast of the Annunciation, March 25, 1927, and was beatified in 2009.

This is something that the Blessed Virgin lived in her own life as she completely offered herself to God by accepting the invitation to become the Mother of Jesus. This was at the heart of each mystery of the rosary that was so dear to St. Marie Alphonsine and around which she built a life of prayer and service.