St. Dominic Leads the Way into the Third Millennium

The Hounds of God in Christianity’s Third Millennium

Perhaps it should come as no surprise to anyone that it is the Dominicans – friars, active sisters and nuns – who are leading the way into Christianity’s Third Millennium. In stark contrast to their modernist counterparts, vocations to the orthodox Dominican communities are up all over the world — led by North and South America — as young men and women answer the call to be teachers, preachers and prayers. As someone who studied in the Dominicans’ classrooms decades ago, I can say that the world is very fortunate in this regard. 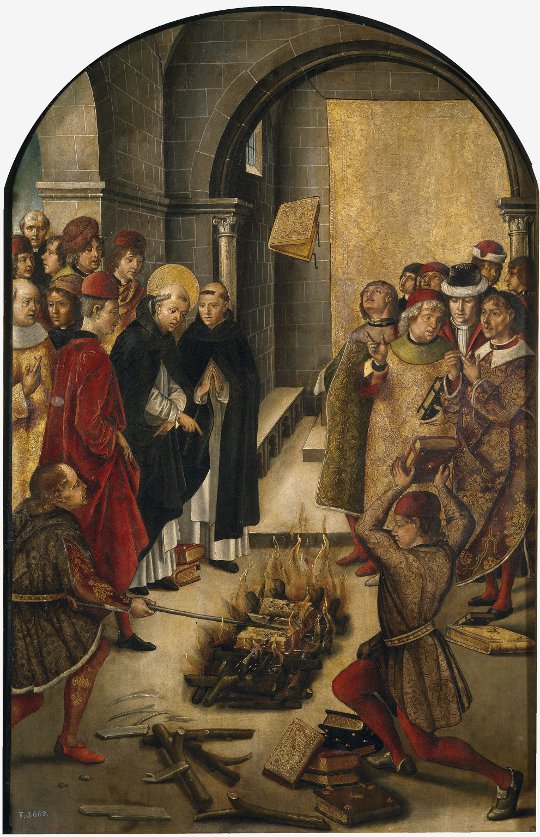 FAMOUS DISPUTATION OF SAINT DOMINICAND THE CATHARS: Books of both were thrown on a fire; Dominic’s books were miraculously preserved from the flames. (Pedro Berruguete) 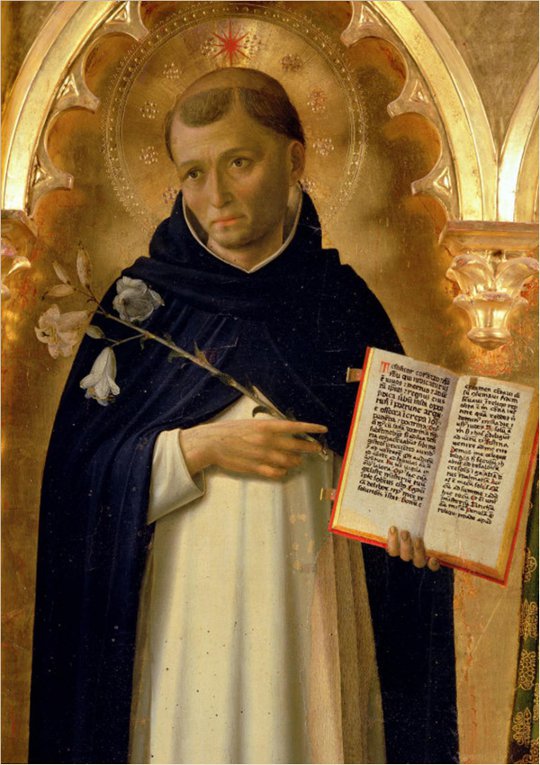 SAINT DOMINIC WAS “…thin and of middle height. His face was handsome and somewhat fair. He had reddish hair and beard and beautiful eyes. …His hands were long and fine and his voice pleasingly resonant. He never got bald, though he wore the full tonsure, which was mingled with a few grey hairs.” Blessed Cecilia Caesarini, Dominican nun. 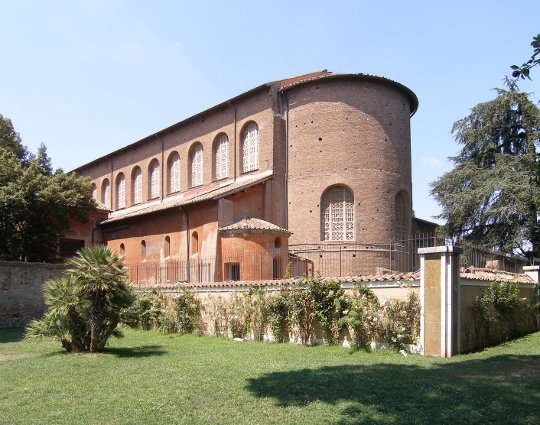 IN 1219, POPE HONORIUS III GAVE THE DOMINICANS THE ANCIENT ROMAN BASILICA OF SANTA SABINA for their studium conventuale, the forerunner of their studium generale at Santa Maria sopra Minerva. Three hundred years later, this became the College of Saint Thomas. In the 20th century it was renamed the Pontifical University of Saint Thomas Aquinas, the famous ‘Angelicum’. PHOTO CREDIT: Dnalor 01 via Wikimedia Commons 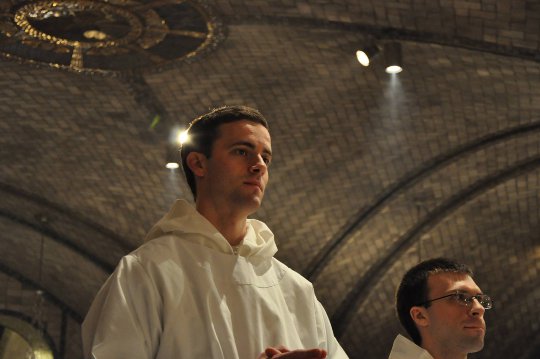 AN INTELLECTUAL HERITAGE: The Order of Preachers is famed for its intellectual tradition, having produced many leading theologians and philosophers, the most famous of which was St. Thomas Aquinas. 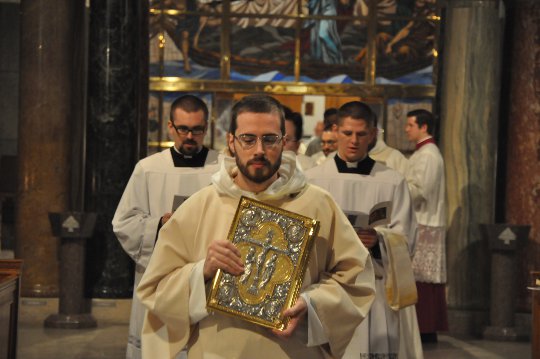 FOUNDED TO PREACH THE GOSPEL AND TO COMBAT HERESY, the Dominicans’ teaching and scholastic organization placed the Preachers in the forefront of the intellectual life of the High Middle Ages. 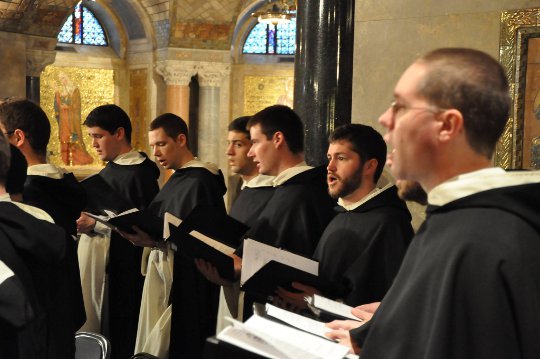 BLACK FRIARS: In English-speaking countries the Dominican friars are often referred to as "Black Friars" because of the black cappa or cloak over their white habits. 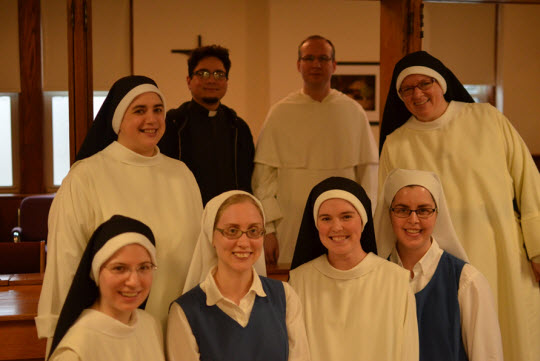 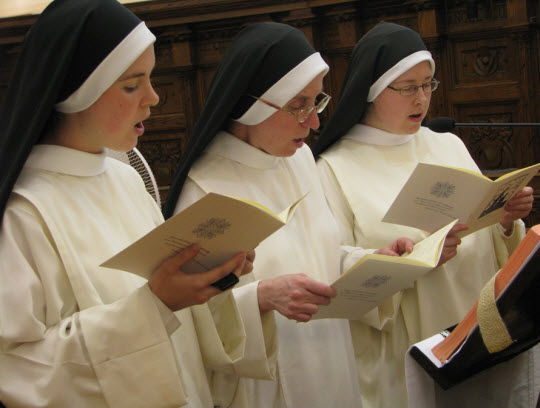 THE FIRST DOMINICAN NUNS were young women who had been disowned by their Cathar families. They were established by St. Dominic in the south of France. (Photo courtesy of the Dominican Nuns of Summit, NJ) 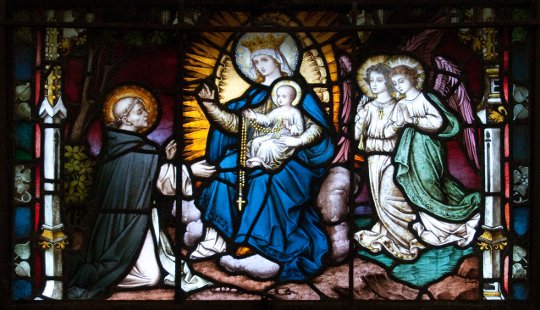 THE LEGEND OF THE ROSARY: Given to Dominic by Our Lady, the spread of the Rosary, a Marian devotion, is attributed to the preaching of St. Dominic. 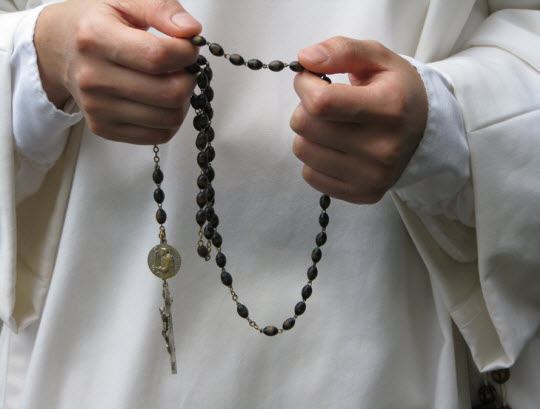 “THE ROSARY OF MARY IS THE PRINCIPLE AND FOUNDATION on which the very Order of Saint Dominic rests for making perfect the life of its members and obtaining the salvation of others.” Pope Pius XI (Photo courtesy of the Dominican Nuns of Summit, NJ) 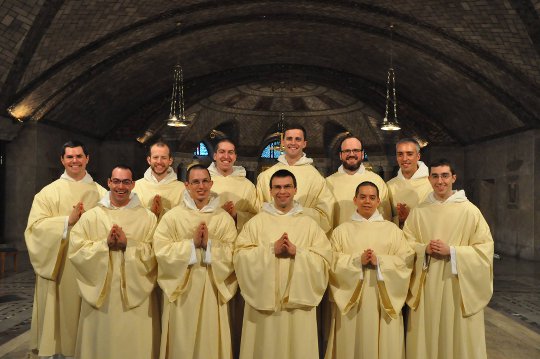 ACCELERATING VOCATIONS: Worldwide, the Order of Preachers has seen a 15% jump in vocations in the last decade, fueled by orthodox leaders as the USA’s burgeoning Eastern Province. 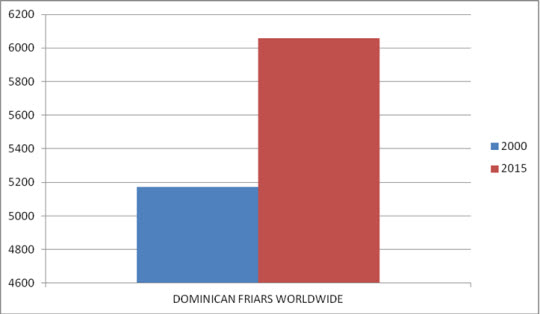 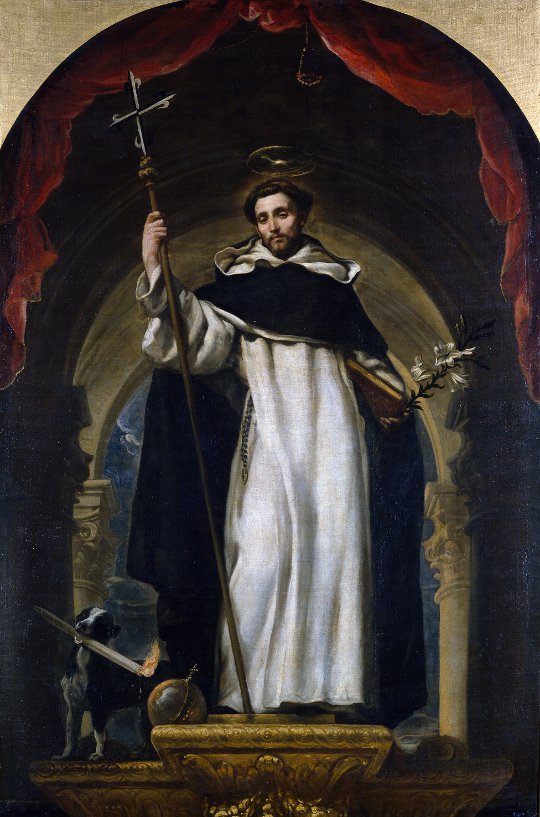 DEATH OF ‘GOD’S HOUND’: Dominic died at the age of fifty-one, “exhausted with the austerities and labours of his career” Arriving at Bologna, Italy, “weary and sick with a fever” Dominic “made the monks lay him on some sacking stretched upon the ground” and that “the brief time that remained to him was spent in exhorting his followers to have charity, to guard their humility, and to make their treasure out of poverty”. He died at noon on 6 August 1221.

____________
1. Their identification as Dominicans gave rise to the pun that they were the Domini canes, or Hounds of the Lord.

This article appeared originally inRegina Magazineand is reprinted with permission. All rights reserved.

Prayer for this evening
Top 10
1
J-P Mauro
Hear Clapton and Pavarotti sing a prayer to the “Holy Mothe...
2
J-P Mauro
Philippines finishes construction of largest Marian statue in the...
3
Philip Kosloski
Prayer to Our Lady of Fatima for healing and strength
4
Sarah Robsdottir
Dad’s priceless reaction to newborn goes viral
5
Philip Kosloski
What are the 4 different parts of the Mass?
6
Philip Kosloski
3 Signs of a spiritual attack on your soul
7
Silvia Lucchetti
Sr. Anna Maria, vaccinated at 101, talks about prayer
See More
Newsletter
Get Aleteia delivered to your inbox. Subscribe here.