Pope Francis: “How Is Jesus Looking at You Today?” 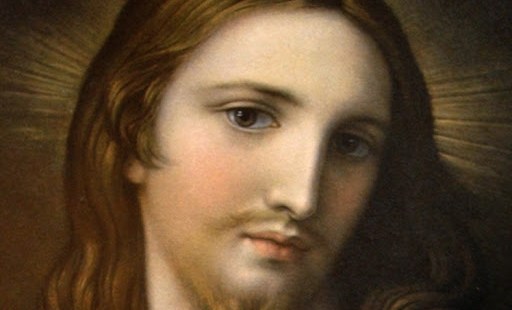 VATICAN CITY — How is Jesus looking at you today? This was the focus of Pope Francis’ homily on Friday morning during Holy Mass at the Casa Santa Marta.

Reflecting on the day’s liturgical Readings, Pope Francis considered the three ways Jesus looked at Peter. These three looks included: one of choosing, one of forgiveness, and one of mission.

At the beginning of St. John's Gospel, the Pope said, the apostle Andrew told his brother Peter that they had found the Messiah and took him to see Jesus.

Upon meeting Peter, the Lord looked at him and said: “you are Simon, son of John. You will be called Cephas (Peter), which means Rock.” The Pope noted Peter’s enthusiasm after that first look from Jesus, and his desire to follow our Lord.

Pope Francis then recalled how, on the night before the Lord’s Crucifixion, Peter disowned him three times. When the cock crowed, Jesus turned and looked at Peter, and Peter wept.

“The Gospel of Luke says: ‘He wept bitterly.’” the Pope said. “That earlier enthusiasm in following Jesus had turned to grief, because he had sinned. He denied knowing Jesus. That look (of Jesus) changed Peter’s heart, more than it had before. The first transformation took place as he was given a new name and a new vocation. That second look was a gaze that changed his heart. It was a transformation of conversion to love.”

Pope Francis then said Jesus’ third gaze upon Peter was one of mission. Jesus asked Peter three times to confirm he loved him, and urged him to feed his sheep. The pontiff noted how the gospel recounts that Peter was hurt when Jesus asked him that question a third time.

“Pained because Jesus asked him for the third time ‘Do you love me?’ and he said: 'Lord, You know everything: You know I love you.' Jesus replied: ‘Feed my sheep.’ This was the third look, a look of mission. The first was a look of choosing, accompanied by the enthusiasm in following Jesus; the second, a look of repentance when he sinned gravely in disowning Jesus; the third look was one of mission: ‘Feed my lambs,’ ‘Look after my sheep,’ ‘Feed my sheep.’”

Pope Francis urged his listeners to re-read the dialogue between Peter and the Lord and to think about Jesus’ gaze on us.

“We too can reflect: what look is Jesus giving me today?  How is Jesus looking at me? With a call? With a pardon? With a mission? For on the path God created, all of us are being looked at by Jesus. He is always looking at us with love. He asks us something, he forgives us for something, and he gives us a mission.

The Pope concluded: Jesus will become present on the altar. May each one of us think: ‘Lord, you are here, among us. Fix your gaze on me and tell me what I must do, how I must repent for my mistakes and my sins; what courage I need to go forward on the path that you first created.”