What It’s Like to Die, According to an ICU Nurse 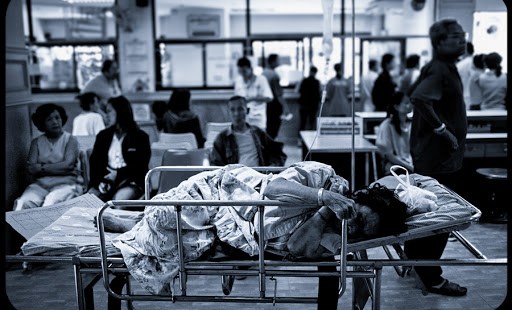 After working with the terminally ill for over 20 years, Penny Sartori attempts to explain the inexplicable

John Lerma, director of the Tucson Medical Center and specialist in palliative care, has gathered examples very similar to those cited by Sartori, in Into the Light: Real Life Stories about Angelic Visits, Visions of the Afterlife, and Other Pre-Death Experiences (New Page Books). According to his reports, "70 to 80 per cent of his patients waited for their loved ones to leave the room before dying."

Sartori refuses to believe that these experiences are based on hallucinations. "It’s not possible for several people to see the same thing and to be capable of describing it exactly the same way if it’s really just a distorted perception of reality," she points out. Some theses are based on the famous theories of Prof. Raymond Moody, who coined the concept of near-death experiences at the end of the 1970’s.

Her most novel studies center on experiences shared by people who accompany those who are dying. "They open an entirely new path of rational enlightenment regarding the question of life after death, because the people who talk about these experiences are healthy. They are usually seated next to the death bed of a loved one when they are overcome by one of these marvelous and mysterious experiences. And the very fact that these people are not near death rules out the usual explanations. Since their experiences cannot be attributed to brain chemistry disorders, we will have to go beyond this argument," she assures.

The way some people try to explain this phenomenon based on brain dysfunction, which Sartori calls "cynical," doesn’t hold up with the examples of people who enter the hospital with late-stage Alzheimer’s disease who suddenly become coherent.

"These are terminally ill patients who are incapable of articulating a single word, who surprisingly begin to talk completely coherently, interacting with people who are not in the room and who are often deceased family members," the author explains. Besides, she adds, "it often happens that after this experience they stop being agitated and end up dying with a smile on their face, usually one or two days later."

The argument that these visions are drug-induced isn’t accepted by the author either because, she says, hallucinations due to medication "cause anxiety, the exact opposite of what these patients feel. “In her book, the author defends the idea that these kinds of experiences can be key for demonstrating the existence of life after death and that they should at least open a new direction of research (like some that are based on quantum physics) for scientific studies. She is definitely convinced that "death is not as fearful as we imagine."