Calls for Prayer and Fasting for Kidnapped Syrian Monks 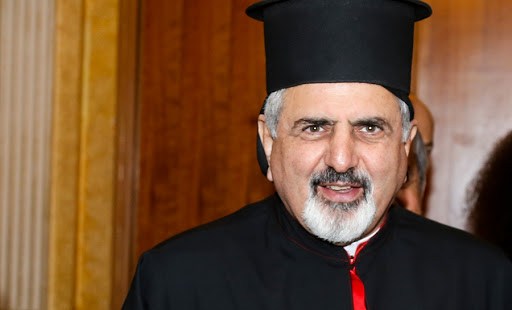 ​There has been no word from Father Jacques Mourad, a Syrian priest kidnapped by unknown persons on Thursday along with Deacon Boutros Hanna, at the monastery of St. Julian.

Patriarch Ignatius "invited all the Syro-Catholic faithful in the world to express their spiritual communion… with prayer and other acts of devotion and penance, Fides news agency reports.

"We offer prayers, Masses, and fasting," reads the message sent by the Patriarch to all Syriac Catholic communities around the world, "in the hope that Father Jacques is released and will soon return to his parish."

In the text, the Patriarch invited all the faithful "to be firm in faith, hope and trust in the Lord and in His promises that never disappoint, imploring the Mother of God and all the holy martyrs and confessors for the release of Father Jacques. On the feast of Pentecost we ask the Holy Spirit to enlighten us, console us and watch over us."

Over the years, Father Mourad has worked to restore St. Julian, just north of Qaryatayn, a large town in the middle of the Syrian desert, about 62 miles from Palmyra. He has also been instrumental in working for improved relations between Muslims and Christians.

In an email Father Mourad sent to friends just before his kidnapping, he wrote that with ISIS’ takeover of Palmyra, "the situation is getting very complex. Men of Da’ech are getting closer and closer. We hear that they cut throats of people of the villages nearby. Today we are still alive, but tomorrow is uncertain. Please pray for us."

St. Elian is a branch of the Monastery of St. Moses the Abyssinian, which was refounded by the Italian Jesuit Father Paolo Dall’Oglio, who was kidnapped close to two years ago and has not been heard from.