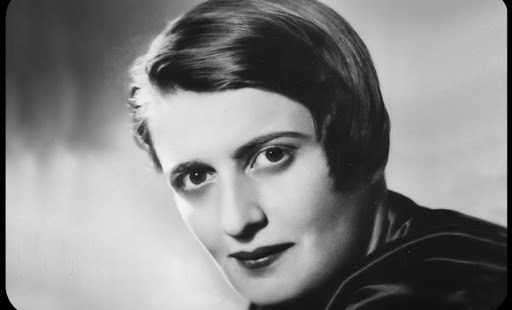 One wonders why she was the way she was


Ayn Rand Nation: The Hidden Struggle for America’s Soul by a journalist named Gary Weiss is unevenly written, and though a lefty Weiss has a disturbing sympathy with some of Rand’s ideas — he’s attracted by their shared secularism, I think — but it’s still a helpful description of the movement she created, and of Rand herself.

Weiss relays stories from her followers and former followers, and from them and others I’ve read Rand seems like a very frightened little girl who learned to deal with her fear with anger and control turned up all the way. Weiss relays a story from one of Rand’s earlier disciples, named Iris, who was first introduced to her as someone who’d helped design ads for a Randian enterprise.

Rand said, “Tell me how much you like the ads.” Iris felt that “here’s my chance to tell her something she didn’t know.’ So she began to tell Rand about how she designed the ads. She told Rand, “You figure out what is the most important thing for people to know, and you make that largest.”

Iris noticed that Rand’s eyes widened in anger. She didn’t know what she said that teed her off. Ed Nash [her Randian boyfriend] said, “Oh, excuse me,” and pulled her aside. “I think I could have lived my life and never guessed what made her angry,” said Iris. “Ed said, I said ‘you.’ It was as if I was telling her how she should design the ad. I should have said ‘one.’” Ayn Rand did not like to be told what to do, even when she wasn’t being told what to do.”

There are many stories like this — and like the one I mentioned above about the required adulation — and they all suggest some deep trauma, something that fixed her emotionally as a small child. We don’t know what horrors she may have suffered during her childhood in pre-Revolutionary Russia. I could be wrong about this very amateur psychoanalysis, but whatever the truth of that suggestion, we have no idea what makes an Ayn Rand an Ayn Rand. And how we might have done in the same circumstances.

Feeling empathy for what she may have suffered doesn’t make her ideas any less repellent or her life any more admirable. These are still things to be kept in mind in our public witness. But it is something to keep in mind when we think about her life and work. It’s too easy to forget Jesus’ order to “Judge not” when engaged in debate.