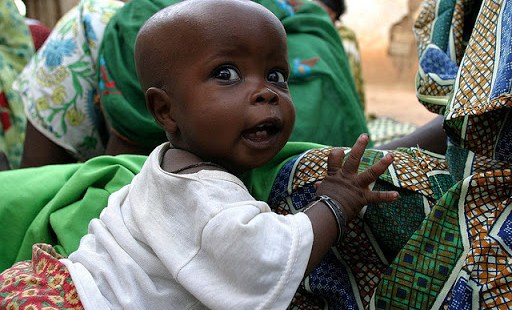 The May 29 – 31 meeting came after the people of Ireland last week voted in a referendum to allow same-sex “marriage,” and following a confidential meeting in Rome attended by a select group of bishops, theologians and media representatives, that some feel was a move to impose secular ideologies on the Church.

Speaking at the opening ceremony of a Seminar entitled, ‘The Joy of the Family,’ the Apostolic Nuncio to Mozambique, Archbishop Edgar Parra Pena, commented on the results of Irish same-sex marriage referendum, which Vatican Secretary of State, Cardinal Pietro Parolin, early this week described as a “defeat for humanity.”

According to the Nuncio, this “sad situation” challenges the Church to optimize her Evangelization efforts so as to confront the challenges that are militating against the moral fabric of marriage and family values in a world that is becoming more and more secularized.

At the seminar, Most Rev. Gabriel Mbilingi, Arcbishop of Lubango, Angola, and President of SECAM, delivered a presentation entitled, ‘Summary of the Challenges of the Synod in 2014, and Perspectives for the forthcoming 2015 Synod.’

The Archbishop called on families to courageously uphold their family values, and also to have the boldness to say ‘No’ to the new atheistic ideologies that seek to destroy marriage and the  family. He also appealed to the Church to empower the family to proclaim the Gospel of the family, the civilization of love and the culture of life.

The Archbishop emphasized that efficient and effective “inculturation of the message of Christ is paramount in response to the global pastoral challenges of our time.” He advocated strong pastoral choices in order to save the family from destruction.

The President of CCEE, Cardinal Erdo of Esztergom-Budapest, Hungary, in a text read on his behalf by the Secretary General of CCEE, Monsignor Duarte Da Cunha, also touched on the consequences of secularization and individualism for the family.

Erdo lamented the fast decline in marriages (man and woman), in both the civil and ecclesiastical spheres. He therefore urged clergy and other pastoral agents to support and encourage couples in their married life.

Topics discussed at the Mozambique meeting also included: ‘Anthropological, social and ecclesial challenges for the family’; ‘The joys and sufferings of the family: pastoral challenges’; ‘The mission of the bishop in proclaiming the Gospel of the Family’; and ‘The role of the Church and the bishops in dialogue with society and States in family matters.’

Cardinal Erdo, who served as relator general at the 2014 Extraordinary Synod on the Family, assured the Church in Africa that Europe respects and admires the values of the life of the African family. In the lead-up to the October 2015 Synod, the Cardinal called for more collaboration between the Church in African and Europe.