The Apocalyptic Vision of “Lord of the World” 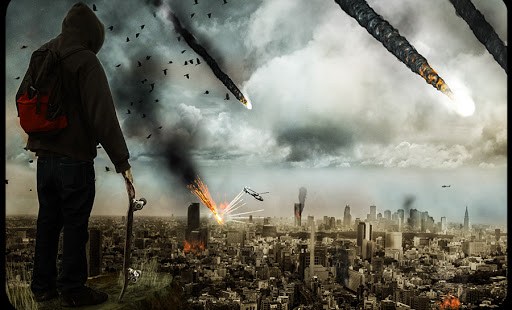 Popes Francis often cites this work, revealing his appreciation for the power of the devil

On several occasions Pope Francis has referred to the 1907 novel by Robert Hugh Benson "The Lord of Our World." The book portrays a dystopian vision of a future world in which humanism is pitted against Catholicism, ending in Armageddon. Here, Fr. C. John McCloskey provides an introduction to this essential work:

For our wrestling is not against flesh and blood; but against principalities and powers, against the rulers of the world of this darkness, against the spirits of wickedness in the high places.

And yet in spite of this universal world which we see, there is another world, quite as far spreading, quite as close to us, and more wonderful; another world all around us, though we see it not, and more wonderful than the world we see, for this reason if for no other, that we do not see it. All around us are numberless objects, coming and going, watching, working or waiting, which we see not: this is that other world, which the eyes reach not unto, but faith only.

Msgr. Robert Hugh Benson’s Lord of the World is a novel about the Antichrist, who will tempt Christians to apostasy before Christ’s Second Coming. It describes the final battle in the supernatural war for souls that has been fought continually both in heaven and on earth from the time of the Fall and will conclude with the general judgment; thereupon will follow the creation of a new heaven and a new earth. As we will see, before creating his fictional account, Msgr. Benson carefully explored the various passages on the end times included in Scripture and the teachings of the Church Fathers as background for this tale of the Antichrist.

The oft-cited definition of a classic is "a book that remains in print." Although I cannot vouch that Lord of the World has never been out of print, it most certainly has been reprinted again and again since first being published in 1904. I myself first read it in the 1960s and have revisited it several times since. Like all fictional classics, it offers new layers of meaning on each rereading, revealing ever more clearly the author’s message to his readers.

Some background on both the author and his subject is necessary for full reading enjoyment. And I hope that encountering this book will give you a great desire to seek out Msgr. Benson’s many other works, both novels and works of apologetics, that are ripe for rediscovery in this period of resurgent evangelizing Catholicism.

At the end of this introduction readers will find a short biography of Msgr. Benson and a complete bibliography of his published writings. A number of these works remain in print and many others can be tracked down on the internet with a little patience.

Now let’s take a look at the Antichrist, whose coming in the person of Julian Felsenburgh leads to the Second Coming of Christ at the end of the book. Here I draw liberally from the classic 1911 Catholic encyclopedia and also from Blessed John Henry Cardinal Newman’s "The Patristical Idea of Antichrist," likely to have been an important source for the most likely end-of-the-world scenario to form the backdrop for this novel.

However, first let’s look at the most recent teaching of the Church on the Antichrist from the Catechism of the Catholic Church:

Before Christ’s second coming the Church must pass through a final trial that will shake the faith of many believers. The persecution that accompanies her pilgrimage on earth will unveil the "mystery of iniquity" in the form of a religious deception offering men an apparent solution to their problems at the price of apostasy from the truth. The supreme religious deception is that of the Antichrist, a pseudo-messianism by which man glorifies himself in place of God and of his Messiah come in the flesh.