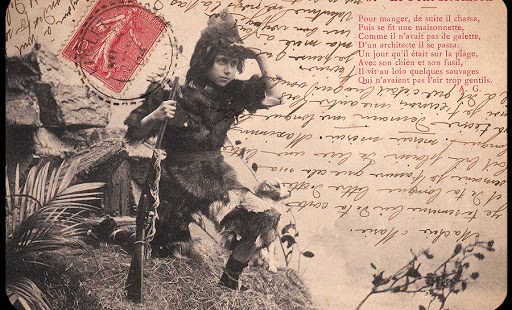 A 19th century novel posed all the right questions

In 1862, a Catholic priest named William Henry Anderdon published a dreadful novel called The Adventures of Owen Evans, the Catholic Crusoe. No, that’s too harsh. The man could actually write, and if the book has sunk to the bottom of the sea of time, unremembered and unmourned, still it stayed afloat for a while in its day—going through a few editions and attracting a little notice in the Catholic press.

The Catholic Crusoe (as the title came to be shortened) may seem short-lived dreck, when compared with the enduring works of the era. London, that same year of 1862, saw new novels by Anthony Trollope and George Eliot, with the rest of Europe contributing Turgenev’s Fathers and Sons, Hugo’s Les Misérables, Flaubert’s Salammbô, and Dostoevsky’s House of the Dead. But considered instead in the lesser genre of Victorian apologetic fiction, The Catholic Crusoe ranks well above many of its contemporaries. You could read this book now, as I recently did, without your rebellious eyes going on strike against their forced labor.

Of course, by deliberately rewriting Defoe’s 1719 Robinson Crusoe, Anderdon invites comparison with the classic authors of English literature. But if The Catholic Crusoe loses the contest for enduring literary power, it nonetheless offers some valuable resources for thinking about the project of Catholic fiction—of Catholic work in the art-form of the novel.

Down in its eighteenth-century roots, the novel was formed as a deeply Protestant literature, which has always made Catholic novel-writing a curiously convoluted task. But regardless of the general religious tone of English fiction, literary critics often read Robinson Crusoe as a particularly Evangelical and Puritan work—and even more to the point, that is how Fr. Anderdon took Defoe’s book. In the nineteenth century’s theological and social battles between Protestants and Catholics, Robinson Crusoe seemed to need an answer precisely because it is so important to the art form and so completely Protestant. The Catholic Crusoe isn’t just a novel. It’s an argument about how the history of English fiction would be different if it had rested on a Catholic foundation.

W.H. Anderdon remains an interesting figure. Born in 1816, he came from that productive literary/intellectual class of Victorians that included his uncle, Cardinal Manning. Educated at King’s College, London, and Oxford, he was ordained as an Anglican priest in 1840—but, caught up in the Oxford Movement, he resigned his vicarage and was received into the Catholic Church in 1850.

Ordained in 1853, he went on to do a little administration (not entirely unsuccessfully) at John Henry Newman’s Irish university, serve his famous uncle as a secretary, and teach—along the way pouring out fiction, sermons, apologetics, and controversial works. (“Ever busy writing,” as his brief entry in the 1913 Catholic Encyclopedia remarks, a little snarkily.) Joining the Jesuits in 1872, he continued to teach and write until his death at the Jesuits’ Manresa House in the London suburbs in 1890.

So what would Robinson Crusoe look like if it had been written by this man—a reasonably good writer, a productive controversialist, and a serious Victorian Catholic, straight from the Oxford Movement? The Catholic Crusoe is narrated by a Welsh surgeon named Owen Evans who spends four years (instead of Crusoe’s twenty-eight) on an island where he was marooned by a wicked ship captain (instead of Crusoe’s shipwreck). The SUNY Brockport literature professor Miriam Burstein has bravely undertaken the Stakhanovite task of reading the corpus of Victorian apologetic fiction, both Protestant and Catholic, and