Andy Cooper: So Fresh, So Clean 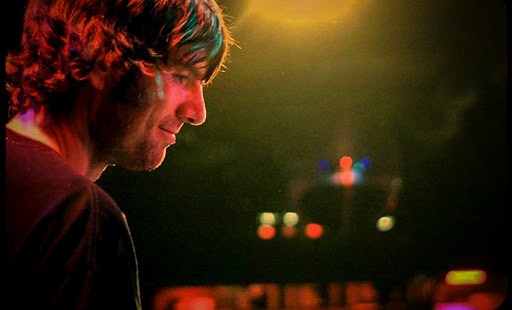 In an interview with Stolen Records, Andy Cooper reflects on his early years in the underground LA hip hop scene, side by side with a group that would come to dominate mainstream music – The Black Eyed Peas. “From the outset, they really wanted to be pop stars,” he admits. “And as much as they did music that was more in the spirit of old school hip hop, if you listen to their early records, they had a singer – they were trying to construct pop tunes.”

Not Ugly Duckling. It all started with “Fresh Mode,” a 1999 EP with fellow rapper Dizzy Dustin and vinyl spinner extraordinaire Young Einstein. While Cooper’s talk about “commercial exploitation” and “artistic purity” might sound to some like sour grapes, he’s had this mindset since the beginning. “Others want the cash prize and may commercialize,” Cooper rapped over a mellow jazz loop on the title track. “But it’s about nothing but love when we’re rocking hip hop.”

For UD, that was the key: it was always about the love of the golden era of the genre. With dusty loops from old records, lyrical levity, and just the right amount of impeccable scratching, Ugly Duckling resurrected the bygone spirit of the Juice Crew and Native Tongues. Their conviction that hip hop had it right in the beginning carried them through five full-length albums and numerous tours overseas, where they garnered more success and popularity than in the United States. They never seemed to want anything more than to stick to that template of positivity, community, and energy – and while hip hop deviated into a thousand different directions until it become almost unrecognizable, UD helped keep the soul of hip hop alive.

This is what first attracted me to UD’s music: their sound. It’s not mawkish or corny, but is almost always infused with an infectious sense of happiness. They’re very rarely serious and almost always hilarious; everything is an adventure, a game, a play on words.

But looking back, what strikes me now is the way that they consistently weaved subtle spiritual undertones in otherwise lighthearted music. They not only satirized the materialism and hedonism so often extolled on rap records (“Just a Little Samba”) – they also let deeper questions and beliefs peak through. It never felt obtrusive or didactic, but instead was just a very natural hat-tip to what it was that animated them – especially Andy Cooper.

There was the meditative verse about social disintegration on “Everything’s Alright” which ends with a twist on a classic Nas lyric:

Now people wanna say it's great to be alive today
With the strives we've made
And the lives we've saved
But if you really wanna know how much longer time will last
Tune into your local TV simulcast
Watch the fall of the family, natural disasters
Disease, enemies attack to strike back…
Mic that, Andycat, my architect pleases
When I was 12, I went to heaven for loving Jesus

“The Pike” on Journey to Anywhere tied UD’s fight against commercialization to a deeper spiritual horizon:

While crowding into the main lane where many strain to gain fame
Shifting like a solar panel, changing with the Weather Channel, hop in the train
But reach the last stop and some become poltergeist
Nowhere to be seen, that's why I trust only in Christ

And “End of Time” on Bang for the Buck was nothing short of metaphysical:

Other folks say life lasts forever
That we're all lost sheep looking for the shepherd
Thus, it's the question of time or the infinite
Who's in control? And where do I fit into it?
Is it all chance like the odds in Vegas?
Or should we be on our knees praying God will save us?
I’ll take the rock of ages

Andy Cooper has just a released a Free EP complete with instrumentals and acapellas that – especially with “Thanks and Goodnight” – sounds like it might be the capstone on a fruitful career. Like “End of Time,” “Thanks and Goodnight” offers a panoramic view of the passing of time, but takes a more personal and relaxed approach, hinting at retirement over a jazzy guitar loop:

Homes got depleted, hairlines receded
Bottom line? Father time’s undefeated
So even your very best effort and energy
Is all vanity soon to be a memory…

I know I’m just another fish in the sea
I tried to make music but it’s bigger than me
It burns eternally, so if I retire
The best I ever did was throw a stick on the fire

The heart of the EP is a one-two-three punch that’s classic UD: there’s the funk-infused “Bring It To Me”; the rapid-fire stream of consciousness on “Number One,” which revolves around a Boogie Down Productions sample; and “Charlie Brown,” which will probably get the whole family dancing Charlie Brown style around the house. This is what UD does best: loops, scratches, and old school party music.

But “Blind Faith” also leaves us with – as UD always has – a more reflective moment, and a thirst for truth and life:

They’ve been lost in chaos looking for peace
And they won’t get it from leaders spouting their bull
With the politics, all of it power control
But we came to spread the word that the prison ties are broken
As the blinded eyes are opened
And the dead arise awoken