“Jurassic World” Is Maybe the Best Sequel So Far 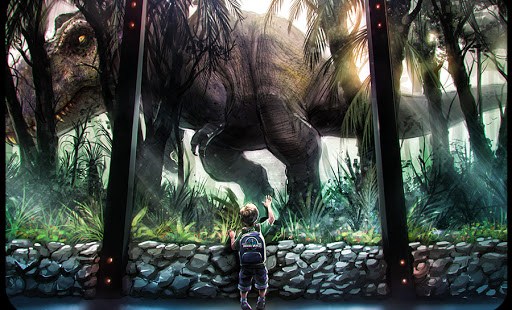 The movie brings back what people loved the first time around

When Jurassic Park came out 23 years ago, the majority of professional critics were less than ecstatic, with most of them bemoaning the film’s lack of mystery or characters with any depth. Basically, what the critics wanted was Jaws with dinosaurs; what they got instead was Spielberg-lite, a Saturday matinee monster movie with state-of-the-art special effects. Which, apparently, is just what regular audiences were looking for, as moviegoers the world over made Jurassic Park the number one film of the year despite the critics’ protestations.

Once the dust settles on 2015, it’s very unlikely that Jurassic World will sit in the top spot as far as box office receipts are concerned—not in a year which includes such releases as Avengers: Age of Ultron and the concluding chapter of The Hunger Games. But number one or not, Jurassic World is probably still going to make a boat load of money because, even while it duplicates the weaknesses critics found in its predecessor, it also brings back a lot of the same things people really enjoyed the first time around.

Picking up two decades after John Hammond’s initial disastrous attempt to open a theme park full of real dinosaurs, Jurassic World (as the island is now known) opens with the park having successfully been in operation for ten years. Now, you may be wondering why tens of thousands of people would flock to an amusement park where the chief attractions ate dozens of people not too far in the past. Well… dinosaurs, that’s why.

One of the things Jurassic World does really well is the way it depicts just how cool a modern Disney-like park full of prehistoric creatures could be. Gone are the simple jeep tours from the original film. In their place are petting zoos full of baby Triceratops, a Sea World-like arena with a performing Mosasaurus, and a self-guided safari tour that lets you cruise leisurely through herds of grazing Stegosauruses. Even if you were never a kid who thrilled over catalogs of such creatures, the way the film portrays the park almost makes you believe real people would be willing to risk getting munched on just to go there.

Unfortunately, whereas the setting is done well, the characters who populate it… not so much. You would think the writers who were able to make us truly care about a bunch of CGI simians in the recent Planet of the Apes movies would have been able to give us a few humans to empathize with here, but it never quite happens.

Chris Pratt comes across the best, but let’s face it, he’s at that point in his career where most people would pay to watch him read the ingredients on a can of soup. His role as a wildlife expert turned dinosaur whisperer is patently ridiculous, yet he still makes it watchable. Everybody else, from Bryce Dallas Howard’s park manager to Vincent D’Onofrio’s corporate scumbag to Ty Simpkins’ and Nick Robinson’s obligatory endangered children are all pretty much cardboard cut-outs. They’re not terrible, they’re just not very memorable either. The only real stand-out other than Pratt is Bryce Dallas Howard’s ankles. How those things made it through the entire movie in high heels without snapping is one of the film’s biggest achievements.

None of that is to say Jurassic World is necessarily a bad movie. If, like the onscreen tourists, your main reason for showing up is to see a bunch of neat dinosaurs, then the film will definitely not disappoint. Along with the ones already mentioned, you get a number of great set pieces involving a pack of (mostly) trained Velociraptors, some feisty Ankylosauruses, and a really hungry flock of Pteranodons.