A New Mysticism: The Visions, Miracles and Devotion of St. Lutgarde 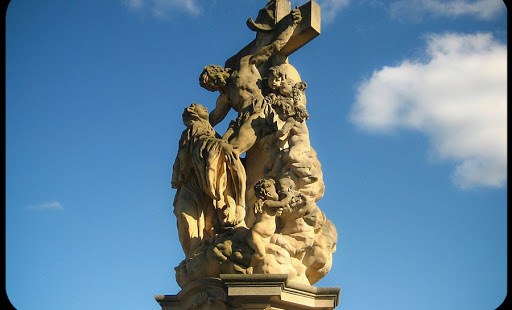 Tales of the Saints, June 16

Time has not been gentle to Thomas of Cantimpré, the thirteenth-century Dominican theologian, preacher, and compiler of notes about saints. In 1892, the scholar who wrote the first major study of the medieval mystics of the Netherlands sadly admitted that his source was not reliable: “his atmosphere is the marvelous.” Butler’s Lives of the Saints worried about Thomas’s “obvious credulity,” and in a 1950 account of St. Lutgarde of Aywières, Thomas Merton confessed that the medieval writer had “the naiveté common in his age.”

Still, Thomas of Cantimpré did write at least one good line, when he observed that “reverence for veiled mystery is the mother of devotion.” And he had at least one great advantage, which was actually knowing saints. He studied under St. Albert the Great, was acquainted with St. Thomas Aquinas, and knew St. Lutgarde of Aywières for sixteen years.

When Thomas Merton wrote his small book about St. Lutgarde, The Life of a Cistercian Mystic, he intended it only as pious reading for his monastic brothers, and so he relates Thomas of Cantimpré’s wild descriptions of saintly wonder-working more or less uncritically. But Merton may not have been entirely wrong to do so. The events of Lutgarde’s life that Thomas tells from his own knowledge are more judicious, less incredible, than the events he reports having heard from others. And Lord knows, St. Lutgarde did enough to be fascinating, without incredible or pious exaggerations, before she died in 1246, on June 16—today, her feast day.

June 16 is also the feast of two little-known Irish saints: St. Colman McRhoi (a sixth-century disciple of St. Columba) and St. Cettin (a fifth-century disciple of St. Patrick). Both their masters are mentioned by James Joyce, appropriately enough, since June 16 is also “Bloomsday,” the single day on which the entire novel Ulysses is set, with Leopold Bloom, Joyce’s hero, wandering the streets of Dublin. And I originally thought I would contemplate for the day those Irish figures, particularly since the real-life Fr. John O’Hanlon, author of the multi-volume Lives of the Irish Saints, makes a cameo appearance in Ulysses, preparing for Mass at the Dublin church of St. Mary, Star of the Sea.

But somehow I found St. Lutgarde drawing me instead across to her Flemish convent. Some mystics tend toward the philosophical: Meister Eckhart, St. Bonaventure, Nicholas of Cusa—a mysticism of mental symbol and illuminated intellect. Other mystics tend toward the physical­: Padre Pio, St. Paul of the Cross, Lutgarde’s own friend Christina the Astonishing—a mysticism of stigmata, levitation, and miraculous transformations. These different mysticisms are fluid, easily merging into each other, but between them we might identify yet another kind of supernatural activity: a mysticism of presence. Some mystics walk with Christ and his saints. Literally walk with Christ and his saints. Reality is for them so charged with supernatural presence that they perceive the divine all around them.

Tales were told—and repeated, naturally, by Thomas of Cantimpré—of Lutgarde’s physical mysticism, her levitation and dripping of blood. But more revealing of her profound sense of presence may be the stories her sisters in the convent would tell of her conversations with what she perceived to be near her—stories of her calmly saying things like “Wait here, Lord Jesus, and I will be back in a moment,” when called from her prayers.

Even her conversion was an experience of presence. Her father lost her dowry in a failed business deal, and the family sent their now unmarriageable twelve-year-old daughter to a Benedictine convent. She was, it’s said, a pretty and vivacious child—more of a boarder than a novice at the convent, visiting with the young people of the town. But one day, at age twenty, while flirting with a friend in the convent’s parlor, she was suddenly interrupted by her first vision of Jesus—who showed her his wounds and asked her to love him. She became a nun, embracing the monastic life, and vision after vision followed over the next decades: Mary, the saints, and always Jesus.