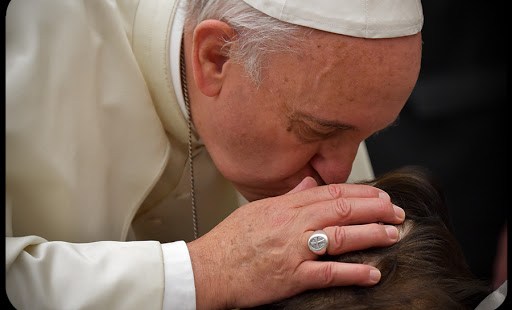 And bishops and priests who talk about the poor aren’t Communists, he says in daily homily

VATICAN CITY — The Gospel is incomprehensible if poverty is removed from it, Pope Francis said in his homily at Holy Mass on Tuesday morning, in the Chapel of Santa Marta. And it is unfair to label bishops and priests who show pastoral concern for the poor as “communists.”

Commenting on the readings from the day's liturgy, Pope Francis dedicated his homily to a “theology of poverty.”

In the first Reading, the Pope observed, St. Paul organizes a collection in the Church of Corinth to benefit the Church of Jerusalem, whose members were facing great hardship. The Pope said that, today as then, poverty is “a word that always causes embarrassment.” Oftentimes, he said, one hears it said: “But this priest talks too much about poverty, this bishop speaks of poverty, this Christian, this religious sister talks about poverty … they’re a bit communist, aren’t they?” On the contrary, he warned, “Poverty is at the very heart of the Gospel: if we remove poverty from the Gospel, no one would be able to understand anything about the message of Jesus.”

Faith that doesn't reach into your pocket isn't real

St. Paul, speaking to the Church of Corinth, highlights their true wealth, the Pope said: “As you excel in everything, in faith, in utterance, in knowledge, in all earnestness, and in the charity we have taught you.” Hence the Apostle’s exhortion: “as you are rich, see that you excel in this gracious work also,” i.e., in “this collection.”

“If you have so much wealth in your heart, these great riches of zeal, charity, the Word of God, the knowledge of God — let this wealth reach into your pockets — and this is a golden rule: when faith does not reach one's pockets, it is not true faith. It is a golden rule, which St. Paul articulates here: ‘as you are rich, see that you excel in this gracious work also.’ There is a contrast between wealth and poverty. The Church of Jerusalem is poor, in economic difficulty, but it is rich, because it has the treasure of the Gospel message. This poor Church of Jerusalem has enriched the Church of Corinth with the Gospel message; it has given the richness of the Gospel.”

Let the poverty of Christ enrich us

Pope Francis went on to urge those present to follow the example of the Church of Corinth: the Church, whose members had a great deal of material wealth and so many belongings, were poor without the proclamation of the Gospel, but they enriched the Church of Jerusalem, helping to build up the People of God. Here is the foundation of the “theology of poverty,” he said, citing St. Paul: Jesus Christ, who was rich – with the very richness of God – made Himself poor, He lowered Himself for us. This, then, is the meaning of the first Beatitude: ‘Blessed are the poor in spirit,’ i.e. “to be poor is to allow oneself to be enriched by the poverty of Christ,  to desire not to be rich with other riches than those of Christ.”

“When we give help to the poor, we are not doing the work of aid agencies ‘in a Christian way.’ Those are good, it is a decent thing to do — aid work is good and quite human — but it is not Christian poverty, which St. Paul desires of us and preaches to us. Christian poverty is that I give of my own, and not of that which is left over — I give even that, which I need for myself, to the poor person, because I know that he enriches me. Why does the poor person enrich me? Because Jesus Himself told us that He is in the poor person.”

Christian poverty is not an ideology

“This is the theology of poverty. This is because poverty is at the heart of the Gospel. It is not an ideology. It is precisely this mystery, the mystery of Christ who humbled Himself, who let Himself be impoverished in order to enrich us. So it is understandable why the first of the Beatitudes is ‘Blessed are the poor in spirit.’ Being poor in spirit means going on this path of the Lord: the poverty of the Lord, who lowers Himself even so far as to become bread for us, in this sacrifice [of the Mass]. He continues to lower Himself in the history of the Church, in the memorial of His Passion, in the memorial of His humiliation, in the memorial of His poverty, in by this ‘bread’ He enriches us.”