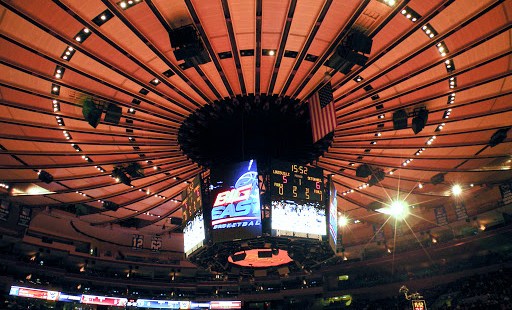 Billy Joel once crooned, "Come out Virginia, don’t let me me wait/You Catholic girls start much too late."

The New York singer announced on his website that he himself will be late—a day late—in deference to Pope Francis.

According to the New York Daily News, Pope Francis will visit Madison Square Garden, a 18,000-seat venue that has featured major rock concerts, sporting events and even a mass Moonie wedding, after making his major address at the United Nations across town.

It isn’t clear what the Pope will be doing at "the Garden," whether celebrating a Mass or conducting a prayer service. Joseph Zwilling, spokesman for the Archdiocese of New York, told Aleteia, "We cannot comment on the specific sites (besides the UN) that the Holy Father will visit in New York until the Holy See officially releases the schedule."

The Daily News said that after his MSG appearance Francis plans to visit Ground Zero, site of the Twin Towers of the World Trade Center that were destroyed by terrorists on Sept. 11, 2001.

Pope Benedict XVI prayed at Ground Zero during his New York visit in 2008.

Pope Francis is expected to stop in Cuba on his way to the US and will begin his six-day American visit in Washington, DC, on Sept. 22. He is slated to visit the White House, address a joint session of Congress and canonize Blessed Junipero Serra during a Mass at the Basilica of the National Shrine of the Immaculate Conception.

After the New York leg of the trip, he is expected to address the World Meeting of Families in Philadelphia.