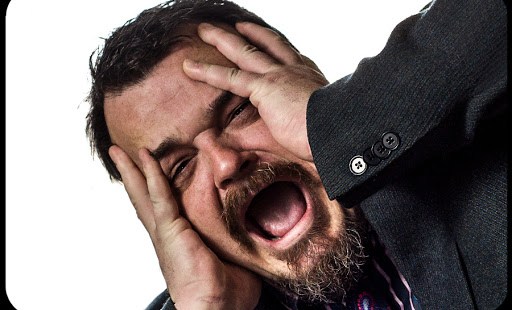 Maybe my coming out will encourage others to do so

With all of the media attention on Bruce Gender’s transgender “transformation” into a transwoman
—
he is a woman trapped in a man’s body; and on Rachel Dolezal and her transracial identity
—
she is a black woman trapped in a white woman’s body; and being recently made aware of the transabled
—
disabled persons trapped in perfectly functioning bodies (they go so far as to confine themselves to wheelchairs and use crutches and leg braces); I did a lot of soul searching and decided that it was time for me to come out.  Yes, I know this may be a shock to many, but I am compelled to tell the world that I…am a transProtestant. That’s right, I am a Protestant trapped in a Catholic body.
One might say, “John, how can this be? You write Catholic articles and Catholic newsletters and give Catholic talks — how can you be Protestant on the inside and Catholic on the outside?” Well, I knew it would not be easy for most people to accept and understand, but please allow me to share my story with you.
I first started to realize that I was inwardly Protestant a few years ago, when I started to make use of social media, particularly Facebook and YouTube. I would click on some innocuous video that someone had posted — maybe something about babies laughing, or “talking” dogs, or some such thing — and at the side of the video or along the bottom of the video there would be all these ads that were trying to get my attention by using sexually suggestive words and images:  “19 of the Best Celebrity Bikini Bodies;” “10 Hot Actresses Who Went Full Frontal;” “15 of the Hottest Women Athletes;” and so on.
They were indeed tempting.  But, my Catholic exterior would say, “No, clicking on these ads will lead you into the sin of lust, which is contrary to God and could land you in Hell for all of eternity.”  So, I would scroll away from the ads.  But then, one day, as I was starting to scroll away from those ads, I heard this voice from deep inside of me say,
“What are you doing?”

“I’m removing this temptation from my sight.”

“But you’ve been saved, right?”

“Well, you’ve accepted Jesus Christ into your heart as your Lord and Savior, right?”

“What does that have to do with ‘10 Hot Actresses Who Went Full Frontal?”

“It has everything to do with it!  If you’ve accepted Jesus into your heart as your Lord and Savior, then even if you click on those ads, it won’t affect your salvation…so have at it.”

“So what?!  You’ve been saved, brother, and as it says in Ephesians 2, verses 8 and 9, ‘For by grace you have been saved through faith; and this is not your own doing, it is the gift of God – not because of works, lest any man should boast.’”
I knew where that conversation was going.  That voice, that distinctly Protestant voice, deep within me was trying to tell me that I am saved by faith alone, and that since I had done absolutely nothing to gain my salvation — it was a “gift of God” — then there was absolutely nothing I could do to lose my salvation, which meant that even though clicking on “10 Hot Actresses Who Went Full Frontal” was a sin, it would not affect my salvation.  I was saved and there was no sin that I could commit that would result in losing my salvation.  Once saved, always saved.

The first time I heard that Protestant voice in my head, it scared me. I knew it was wrong. I told myself, “I’m Catholic. I don’t believe in salvation by faith alone and once saved always saved. Those are Protestant dogmas.” And I got off the internet and prayed all 20 mysteries of the Rosary and then went out looking for someone to give alms to.
And, for the next several months, even though I would occasionally get on Facebook and YouTube and see those ads, the thoughts didn’t come back, and I would quickly scroll away from the ads when I came across them. But then, one day, there was this ad for “The Top 25 Cheerleader Wardrobe Malfunctions.” Again, there was this temptation to click on the ad, but my Catholic exterior said, “No way…you just went to Confession this past Saturday and you’re not going again this Saturday!”  But, as I started to scroll away from the ad, that inner voice…that inner Protestant voice…spoke up again:

“Yeah, yeah…I know…you shouldn’t look at those cheerleaders. Lust and all that, I get it. But you’re saved. It won’t affect your salvation in any way, shape, or form.  And, speaking of form, we’re talking cheerleaders, man.”

“Stop it!  I’m a Catholic. We don’t believe in once saved always saved.  Looking at those cheerleaders would be a sin that could cost me my eternal salvation. I am not going to do it.”

“But, what if you’re not really Catholic?”

“Well, what if you’re really a Protestant and it was just an accident of birth that caused you to be trapped within this Catholic body of yours?”

“Is it?  Really?  I mean, if you’re truly Catholic, why are you having these Protestant thoughts?  Why is there this desire within you — and you know it’s there — to believe in once saved always saved?  What if I…am the real you?”
I was deeply troubled.  I tried to dismiss the thoughts and started saying the Rosary several times a day and as penance I started wearing shirts that were half a size too small in the neck so that when I put my tie on it would give me breathing problems, but all to no avail. The thought kept coming back: Could I really be…transProtestant?  A Protestant trapped within a Catholic body?  Over the next several months the thought of how easy it would make things — in oh so many ways — if I would just give in to this desire to believe in once saved always saved, kept coming back and growing stronger.