Frozen Embryo Population in the US Hits 1 Million Mark 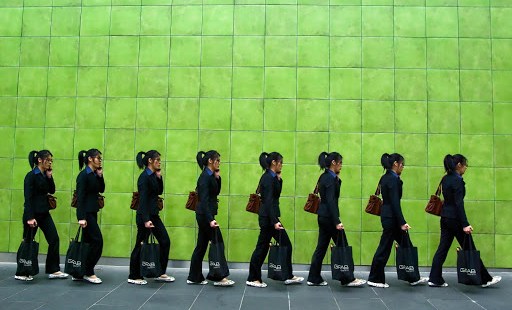 Cryopreservation numbers up, and problems are multiplying

Angel and Jeff Watts were blessed with the birth of twins four years ago. Two years after that, they were once again doubly blessed.

But with with two sets of twins, and with Angel turning 45, the Tennessee couple felt that that was enough. It wasn’t a question of finding some method to control her fertility, as it might be with other couples who come to a point where they feel their "family is complete." It involved the matter of the Watts’ six other children, waiting in the wings. Most people would call them frozen embryos. They were the "leftover" ones, from the same in vitro procedure that produced the Watts’s twins.

The Watts’s story is emblematic of a national trend: decades after the first test tube babies, with an assisted fertility industry well established in the United States, the population of frozen embryos—whether stored away for possible future use or largely forgotten—is now estimated at about a million. That’s way up from 400,000 in 2002 and 612,000 in 2011, as the New York Times reported:


Since the first American “test tube” baby was born in 1981, in vitro fertilization, at a cost of $12,000 or more per cycle, has grown to account for more than 1.5 percent of all United States births.

Such embryos exist because during IVF procedures, couples and their doctors typically have a number of eggs fertilized, just in case the first tries at implanting the embryos do not lead to live births. Couples sometimes stop paying the storage fees for the extra embryos, leaving the problem in the hands of IVF clinics or cryopreservation facilities. Some have them thawed and disposed of, while others donate them for research. Some try to offer the nascent human lives to agencies that facilitate their adoption by other couples.

Others find creative ways to let them die, as the Times described:


Some people, saying they were troubled to be destroying a potential child, have created their own disposal ceremony — or, in a procedure known as compassionate transfer, have had a doctor place the embryos in the womb of the woman who made them, at a time of the month when she will not become pregnant.

The Wattses tried to adopt out the six unused embryos through an agency but were unsucessful. They ended up posting on Facebook about them, and they found a younger couple who were willing to take them.

“We have 6 good quality frozen six-day-old embryos to donate to an amazing family who wants a large family,” the Facebook post read. “We prefer someone who has been married several years in a steady loving relationship and strong Christian background, and who does not already have kids, but wants a boat load.”

The variety of solutions cropping up, the lack of regulations, and the changing laws and mores on marriage and family may lead to even greater problems in the realm of assisted reproduction. Fears have already been expressed that embryo adoptions, anonymous sperm donation and the like could open the possibility that two biologically-related siblings, placed in different families, could eventually meet, fall in love and marry one another.

And will parents always be permitted to place their "spare" embryos with the types of families they consider best for children? The National Embryo Donation Center in Tennessee, which is endorsed by the Christian Medical Association, the Times article says, places embryos only with heterosexual couples married at least three years. But same-sex couples will no doubt find that discriminatory. Embryo Donation International, on the other hand, is a Florida company that works with singles and couples who are either homosexual or heterosexual. The agency requires no home study.

Though the Church has been clear in its teaching against reproductive technologies like IVF, there is still an open debate on the morality of "embryo rescue."