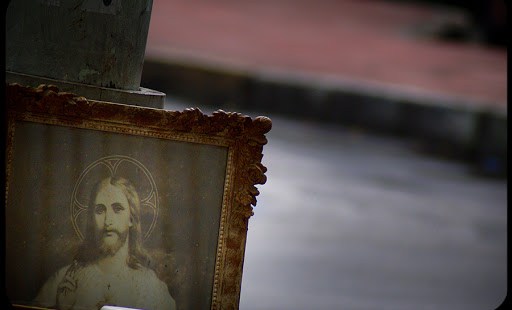 What is the connection between the Old Testament’s Zechariah and the Lord’s Life and Passion?

I have been discussing Robert Graves’s 1946 novel King Jesus. One particular story in the book intrigues me, not to the point where I treat it as serious history (it’s a novel, for Heaven’s sake), but because it is so provocative.

In my last post, I described the very strong parallels between the last chapters of Zechariah, so-called Deutero-Zechariah, and the story of Jesus’s life and Passion. Graves has an ingenious theory to account for that, namely that Jesus was consciously and explicitly using that text as a script by which to bring in the End Times and the Judgment.
Here is the story, with many spoilers.

Judas is Jesus’s closest disciple, the only one who knows the secret of his royal birth. He is appalled to see Jesus committing many puzzling deeds that seem irresponsible, blasphemous or antinomian, such as cursing the fig tree and the cleansing of the Temple. With horror, he realizes that all these anomalous acts can be explained if we assume Jesus is reenacting the story of the Unworthy Shepherd in Deutero-Zechariah.

Somewhere in the Seleucid Era, says Graves (around 200BC?) a devout Jew was appalled by the abuses and paganism he saw around him. He imagines the story that is recorded as Deutero-Zechariah. He becomes a prophet, assuming the garb of a shepherd, with his two staffs, Grace and Concord. Meeting rejection, he breaks his staffs, and sells himself into the service of the Temple (the thirty pieces). He commits many misdeeds, becoming the Unworthy Shepherd, and ultimately so infuriates the people that his own parents kill him by piercing. That act proves decisive. The people are summoned back to righteousness, and they look with horror on the one they have pierced.

That provokes God’s direct intervention into history, and the Last Judgment. “Then the LORD will go out and fight against those nations, as he fights on a day of battle. On that day his feet will stand on the Mount of Olives, east of Jerusalem, and the Mount of Olives will be split in two from east to west, forming a great valley, with half of the mountain moving north and half moving south.”

As Judas realizes, Jesus has taken on himself the role of the Unworthy Shepherd, to become a scapegoat for Israel:
“Jesus intends to fulfill it!” Judas cried to himself. “He is now impersonating the Unworthy Shepherd, the false prophet who neglected his pastoral duties to go out in the name of Jehovah to mislead his people in the very Courts of the Temple.”

As Jesus’s own parents are not available to kill him, as in the prophetic script, the act must be done by his most faithful follower, Judas himself. It is Judas whom Jesus at the Last Supper sends out to buy a sword for the purpose. Judas struggles to resist his apparent destiny.

I won’t tell the story in excruciating detail, but it does on occasion strike me as at least as plausible as some more mainstream theories of what Jesus actually thought he was doing. I wouldn’t defend it too seriously, but it is interesting. Incidentally, debates over Judas’s character and role have been commonplace in recent years, especially following all the fuss surrounding the so-called Gospel of Judas in 2006-2007.

One theme in the story does strike me, which is the Mount of Olives. If you read the New Testament, the place often appears as one of the favored dwelling places for Jesus and his followers. Jesus taught in the Temple by day, and at night the apostles lived on the Mount of Olives (Luke 21.37).

That preference is especially striking in his last days, and the location often seems to have an eschatological subtext. "And as he sat upon the Mount of Olives, the disciples came unto him privately, saying, Tell us, when shall these things be? and what shall be the sign of thy coming, and of the end of the world?" (Matt.24.3). Hmm, why are they asking that in this exact spot?