The Unlikely Holiness of the White-Collar Saint 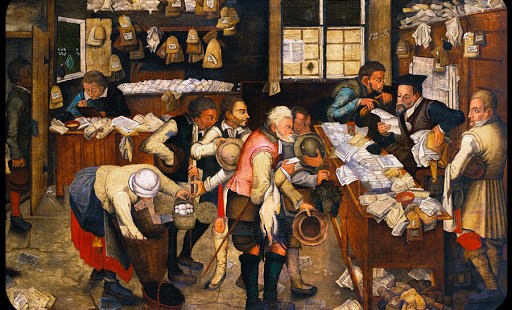 Tales of the Saints, June 18

Sailors can be saints—as can musicians, ditch-diggers, and lawyers. Or maybe that needs to be turned around, to put sanctity in the first place: It’s the saints who can be sailors, musicians, ditch-diggers, and lawyers. Vice and corruption are out, yes. To find holiness, the assassin, thief, and blackmailer would have to quit their occupations. But all the rest of what we do, all the neutral activities of ordinary human life, can be turned to God’s service and, with grace, done in a way that expresses and complements the devotion of the saints who perform them.

St. Louis was a king. St. Crispin was a shoemaker. St. Augustine was a theologian. St. Germaine was a shepherdess. St. Gregory Barbarigo was a churchman. St. Isidore was a farmer. And why not? St. Thomas Aquinas had one of the five or six most expansive minds in the history of Western Philosophy, and he turned it to the most complete intellectual account of Christianity ever constructed. St. John of the Cross occupies a founding and inescapable place in the history of Spanish poetry, and he used his poetic gifts to sing of Christ. St. Joseph Moscati was a clever doctor and researcher who practiced medicine as a means of employing his faith.

All this was prompted in my mind by St. Gregory Barbarigo, whose feast day is June 18—today: a day perhaps for thinking about work. A powerful seventeenth-century cardinal from Venice, St. Gregory might be, in a sense, the most likely kind of saint: From the Renaissance to the early twentieth century, the Vatican’s official canonizations ran to a large number of Italian churchmen.

Of course, in another sense, he was an unlikely saint—a nobleman in the days of unchecked nobility. An advisor to Pope Alexander VII in the days of unapologetic Vatican nepotism. A political mover and shaker in the days when too many senior positions in the Church were considered the permanent fiefdoms of the noble Italian families, as they played the local form of Game of Thrones in their Italian principalities. Even today, it’s hard for a senior churchman to find the time, the energy, and the grace for personal sanctity in the endless press of the business at hand. But in the days of St. Gregory Barbarigo, the temptations—the lures of temporal power offered by the Church—were far greater and harder to resist.

To think about St. Gregory is to realize that you know this man—or, at least, you’ve read a profile of people of his kind in a business magazine or a Sunday newspaper supplement. He’s that senior bureaucrat the government needs regardless of the party of the president. He’s that CFO making a major corporation succeed. He’s your college president, your governor’s friend, your church’s major donor. Polished, important, organized, multi-talented, standing behind the scenes, he gives off an air that’s hard to describe, except perhaps with the word competent. A proficient man, an efficient man. A fixer.