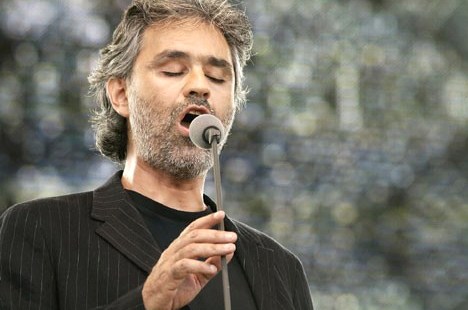 World Meeting of Families to conclude with papal Mass

Italian tenor Andrea Bocelli and Columbian rock star Juanes will perform during the World Meeting of Families in Philadelphia, which Pope Francis will attend during his September visit to the United States.

Boccelli, who has sold more than 70 million records; Juanes, a multiple Grammy and Latin Grammy winning Colombian performer, and the Philadelphia Orchestra are the first performers to be officially confirmed for the Festival of Families, which will take place on the Benjamin Franklin Parkway. Additional high profile acts are expected to be added in the next month or two.

The announcement was made during a news conference at the Pontifical North American College (NAC) in Rome, at which Archbishop Charles J. Chaput of Philadelphia, Archbishop Vincenzo Paglia, president of the Pontifical Council for the Family, and Mayor Michael A. Nutter were joined by Allison Vulgamore, president and CEO of the Philadelphia Orchestra. The press conference also announced that the orchestra will perform at the papal Mass on Sunday, September 27, providing the liturgical music for the anticipated 500-member archdiocesan choir. Yannick Nézet-Séguin, music director of the Philadelphia, will conduct at both events.

“When we first began planning the Festival of Families, we wanted to ensure that we brought together performers that represented the world,” said Donna Crilley Farrell, executive director for the World Meeting of Families-Philadelphia 2015. “To have Andrea Bocelli, one of the world’s great vocalists, and Juanes, one of the most popular performers in all of Latin America, come to Philadelphia for the Festival of Families is an extraordinary gift.  And to be able to have these incredible individuals perform with our hometown jewel in the Philadelphia Orchestra brings this event together in spectacular fashion. Without a doubt, these performances will not only capture the hearts and imaginations of the thousands who will watch them live on the Benjamin Franklin Parkway but also the millions around the world who will watch on television and online.”

Co-sponsored by the Holy See’s Pontifical Council for the Family and the Archdiocese of Philadelphia, the World Meeting of Families is a triennial global event that seeks to strengthen the sacred bonds of family across the globe and highlight its intrinsic value to the good of society. It is being held in the United States for the first time and is one of the reasons leading to Pope Francis’ first visit to the US.

“Love is Our Mission: The Family Fully Alive” is the theme for the 2015 World Meeting of Families.